Taiwan Receives Another Shipment Of COVID-19 Vaccines From Japan

Taiwan on Thursday, July 15, received the third shipment of one million COVID-19 vaccine doses from Japan to help the country fight the pandemic. 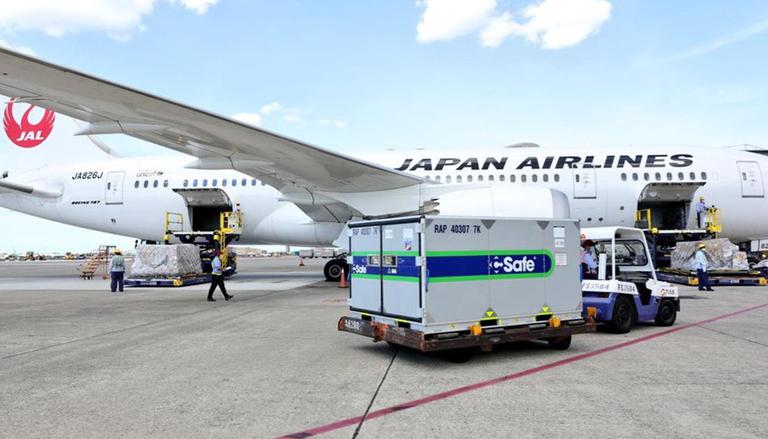 
Taiwan on Thursday, July 15, received 1 million doses of the AstraZeneca vaccine from Japan in the third such donation this year. Japan has so far donated a total of 3.3 million vaccine doses since June. While thanking Japan, Taiwan called the country a 'real friend'. "Good things truly come in threes. The 3rd shipment of COVID-19 vaccine doses for Taiwan from Japan brings the Real Friend's donated total to 3.3 million since June. The government and people are forever grateful, and wish our special partner a successful Tokyo 2020. Thank you," the Taiwan Ministry of Foreign Affairs, tweeted.

Taiwan accuses China of blocking the delivery of COVID-19 vaccines

Once desperately lacking vaccine jabs, Taiwan has benefited from vaccine diplomacy, receiving near 5 million doses from the United States and Japan, following its worst outbreak starting in May that was being driven by a more contagious delta variant of the Coronavirus. Earlier, Taiwan has also accused China, which claims the self-ruled island as its renegade territory, of intervening to block the delivery of vaccines. However, Beijing refuted the charges and said "it as an attempt by the Taiwan government to shift responsibility for a recent surge in the COVID-19 cases.

Taiwan had signed commitments to purchase more than 29 million doses of vaccines, but given global supply constraints and manufacturing delays, it was left with only about 7,00,000 doses when the number of cases rose sharply in May. Taiwan’s allies, including the U.S. and Japan, have stepped in, enabling the island to start distributing the shots quickly. Now, 11.45% of the population have received at least one shot.

Under bilateral arrangements, Japan has donated 1 million doses of the AstraZeneca vaccine each to Vietnam, Indonesia and Malaysia. Similar shipments are planned for Thailand and the Philippines later this month. On Wednesday, July 14, Taiwan received a batch of 6,26,000 doses from AstraZeneca that it had purchased itself, the official Central News Agency reported. So far, Taiwan has reported 15,346 coronavirus case, Focus Taiwan reported. Out of the total cases, 13,900 are domestic infections reported since May 15. Till now, 759 people have died of COVID-19, including 747 since May 15.

WE RECOMMEND
Japan to provide 1 million more COVID vaccine doses to Taiwan as part of bilateral ties
Japan says 'Sense of Crisis' needed over Taiwan as military balance tilts towards China
AstraZeneca jabs offered by Japan land in Taiwan
Taiwan's east coast sees flurry of activity with Chinese Navy vessels & US Destroyer ships
Friendship between India & Japan is one of 'most natural ties in the region', says PM Modi