'Out of dictatorship clutches..' Taiwan Sends Special Thanks To India For 'touching National Day Messages' And Support

Taiwan will not bow to Chinese pressure and will defend its democracy, said President Tsai Ing-wen as 23 million people marked the National Day on Sunday. 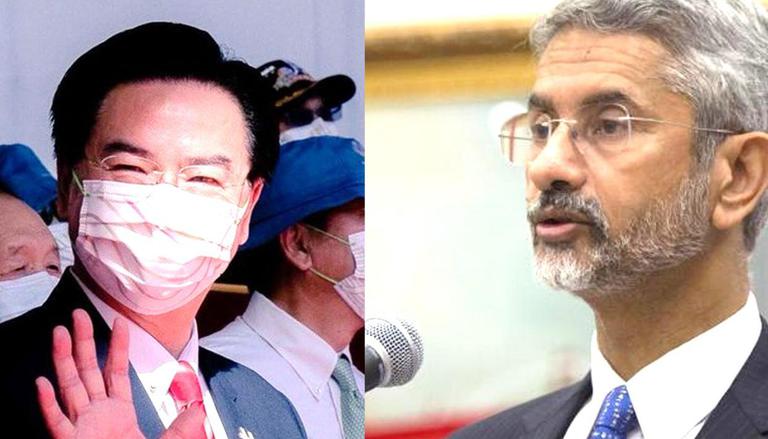 
The Ministry of Foreign Affairs of Taiwan on Monday particularly thanked India for 'touching National Day messages' on the island’s National Day on Sunday. Without making any mention of China, the tweet stated 'this support inspires us to keep our democracy out of the clutches of dictatorship'. Yesterday, President Tsai Ing-wen had said that Taiwan will not bow to Chinese pressure and will defend its democracy.

'Will fight to the end & prevail,' writes Taiwan Ministry of Foreign Affairs thanking all the democracies around the world for National Day wishes.

My thanks for the touching National Day messages from fellow democracies around the world, particularly those sent by friends in #India🇮🇳. This support inspires us to keep our democracy out of the clutches of dictatorship. #Taiwan🇹🇼 will fight to the end & prevail! JW pic.twitter.com/A4lDTkDLH1

Taiwan will not bow to Chinese pressure and will defend its democracy, President Tsai Ing-wen said as 23 million people marked the island’s National Day on Sunday.  Notably, her remarks came at the end of a week that marked heightened tension between the two sides following what is being deemed as the largest Chinese incursions in Taiwanese airspace. Meanwhile, a spokesperson of the Chinese Embassy in India Wang Xiaojian tweeted saying 'recently, certain media & individuals in India provided platforms for or supported "Taiwan independence", advocating“two Chinas” or “one China, one Taiwan”, which openly violated One-China Principle. We firmly oppose that. Such attempts are bound to end up in vain'.

On the other hand, Taiwan's Ambassador, Representative, and Cat Warrior in the US, Bi-khim Hsiao commented on BJP leader Tajinder Pal Singh Bagga's video on celebrating Taiwan National Day.

What a nice party and warm message of support for Taiwan! 🇮🇳🇹🇼💪😼

China has been claiming that sovereign rights over the pacific island located roughly 100 miles from its coast and has been using carrots and sticks to make its democratically chosen government surrender. Speaking at the celebrations marking the 100th anniversary of the Chinese Communist Party (CCP) on 1 July, President Xi Jinping vowed for complete reunification of the motherland, fuelling fears of a possible annexation of the pacific island by Beijing.

Taipei, on the other hand, has reiterated that it was an independent entity. The US, meanwhile, has reacted to Beijing's pressure campaign with testy words and hardline policies - prompting its ally Japan, which has key trade relationships with both world powers, to eye the situation with caution.