Karambir Kang, the General Manager of the Taj Hotel, Mumbai during the 26/11 Mumbai terror attacks, has appealed for global solidarity against terrorism. 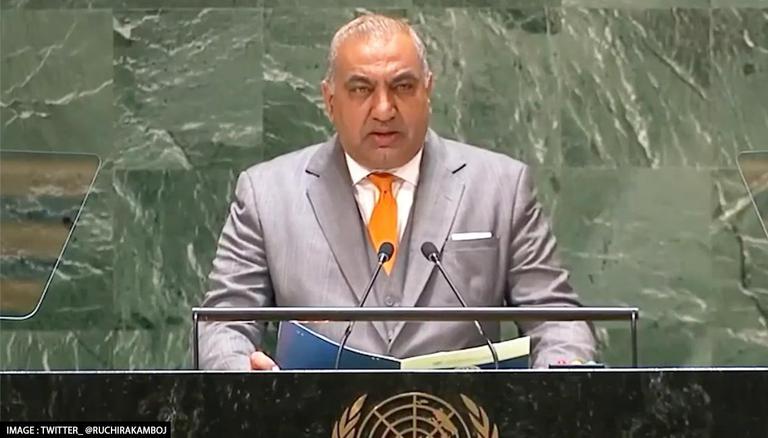 
Karambir Kang, the General Manager of the Taj Hotel in Mumbai during the time of the 26/11 Mumbai terror attacks, has appealed for global solidarity in the fight against terrorism. On September 9, Kang addressed the opening event of the first Global Congress of Victims of Terrorism at the United Nations in New York.

Recalling the gruesome terrorist attack at the Taj Mahal Palace, which took the lives of several innocent people, including Kang's wife and two children, he urged the international community to act together to pursue justice against terrorism and ensure that terrorists have no safe haven.

In a video shared on Twitter by India's permanent representative to UN, Ruchira Kamboj, Karambir said, "The entire world watched with horror when 10 terrorists attacked my country, city and my hotel, the Taj Mahal hotel in Mumbai where I was the general manager. During the tragedy that continued over three long days and night, over 34 precious lives were lost."

"My wife and two young sons could not escape and perished during the attack, I lost everything. My staff members armed with courage stood strong without any weapons. We lost many brave colleagues and these heroic acts saved over thousands of lives that night. While the terrorists who entered the hotel met their fate, the people who planned it, financed it, organised the attack remain free," Kang said, recalling the horrific terror attack.

Kang further added, "While the company and staff received global accolades for their heroic deeds, we have spent 14 long and painful years trying to seek justice. Today I call upon the international community to work together, to seek justice nationally and across borders. As our own act of defiance to terrorism, we opened the hotel which was totally destroyed, in 21 days. Member states must join us in defiance and ensure that there is no safe harbor for terrorists so that the heinous crimes are not given space to take root."

On the evening of November 26, 2008, ten Pakistan-based terrorists attacked Mumbai at five key places with synchronised shooting and bombing assaults, leaving 166 people dead and over 300 injured. Six locations in the financial capital were attacked by the Lashkar-e-Taiba terrorist group: the Chhatrapati Shivaji Terminus railway station, the business and residential complex Nariman House, the Cama Hospital, the Leopold Cafe, the Oberoi-Trident Hotel, and the Taj Hotel and Tower.

From a Pakistani port in Karachi, the terrorists boarded a fishing vessel and travelled to Mumbai. While nine terrorists were killed during the four-day military operation, one terrorist, Ajmal Kasab, was apprehended alive and given the death penalty in 2012 in Pune's Yerwada Central Jail.

READ | Sticky bombs recovered from a hybrid terrorist in J&K's Sopore, along with weapons