With one day to go when the August 31 deadline, the United States of American (USA) carried out its second airstrike targeting a suspected ISIS-K suicide bomber 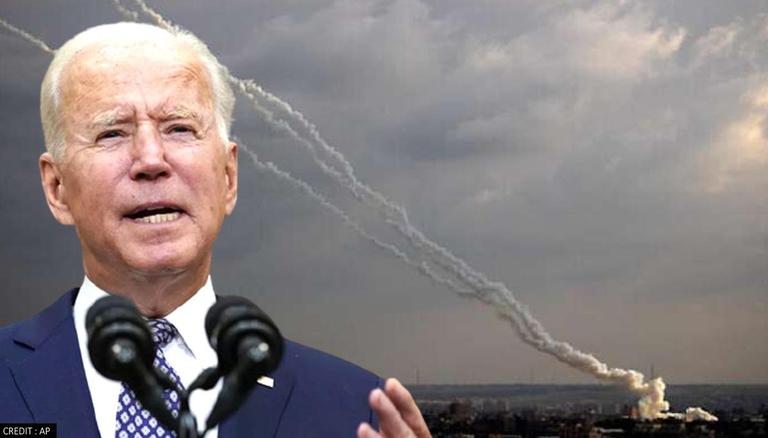 
With one day to go when the August 31 deadline, the United States of American (USA) carried out its second airstrike targeting a suspected ISIS-K suicide bomber in Kabul, as per the Taliban. As per AP which quoted a Taliban spokesperson, the USA conducted its second airstrike targeting a suicide bomber in a vehicle who wanted to strike Kabul airport.

Notably, the following development comes after a loud explosion was heard in Kabul. As per AP, a rocket struck a neighbourhood just northwest of Kabul's international airport on Sunday killing two people and injuring three.

Earlier, US President Joe Biden's national security advisors on Friday, told him that another terrorist attack in Kabul is possible and that the next few days of the mission to remove American and coalition forces and Afghan partners "will be the most dangerous period to date."

The attack comes as the United States winds down a historic airlift that saw tens of thousands evacuated from Kabul's international airport, the scene of much of the chaos that engulfed the Afghan capital since the Taliban took over two weeks ago.

After an Islamic State affiliate's suicide attack that killed over 180 people, the Taliban increased its security around the airfield as Britain ended its evacuation flights Saturday.

US military cargo planes continued their runs into the airport Sunday, ahead of a Tuesday deadline earlier set by President Joe Biden to withdraw all troops from America's longest war. However, Afghans remaining behind in the country worry about the Taliban reverting to their earlier oppressive rule  something fueled by the recent shooting death of a folk singer in the country by the insurgents.

Zabihullah Mujahid said in a message to journalists that the strike targeted the bomber as he drove a vehicle loaded with explosives. Mujahid offered few other details. US military officials could not be immediately reached for comment.  The rocket attack meanwhile struck Kabul's Khuwja Bughra neighbourhood, said Rashid, the Kabul police chief who goes by one name. Video obtained by The Associated Press in the aftermath of the attack showed smoke rising from building at the site around a kilometer (half a mile) from the airport.

READ | Taliban gunmen shoot an Afghan man after he refuses to stop his car; watch video

No group immediately claimed the attack, however militants have fired rockets in the past.