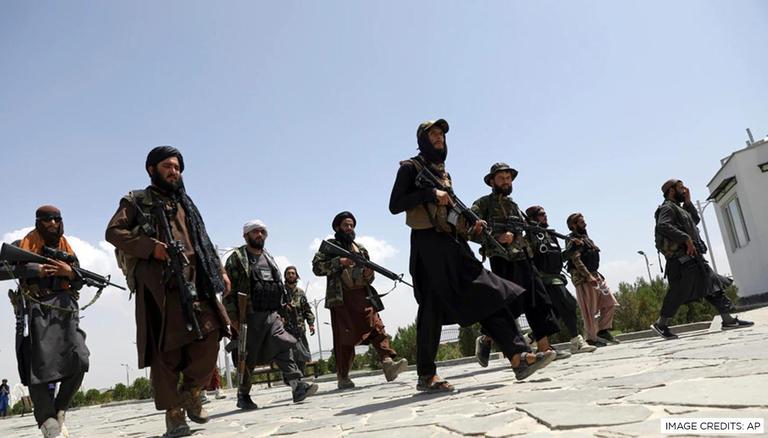 
After the Taliban took control of Afghanistan breaking into the presidential palace in Kabul on Sunday, recently, Hibatullah Akhundzada who is the Taliban's commander ordered on August 19, Thursday, to free political inmates from all Afghan prisons, as per a spokesperson from the group.

As per ANI, “The Supreme Leader of the Islamic Emirate ... Hibatullah Akhundzada ordered the release of political prisoners from all jails. The provincial governors will unconditionally release all political prisoners of low and high ranks from the country's prisons and will hand them over to their families tomorrow,” Sputnik reported quoting Qari Yousuf Ahmadi.

Hundreds of inmates left Afghanistan's Charikar jail on Sunday as the Taliban made significant victories in the nation. The convicted political detainees fled owing to the prison director's carelessness and negligence, said Brigadier General Abdul Rauf Uruzgani and the regional police head. The Afghan prisons contained about 600 detainees, including several Taliban militants, as per Pajhwok Afghan News.

Earlier on Tuesday, the Taliban proclaimed a "general amnesty" for any and all Afghan government workers, including women who follow Sharia law and asked them to return to work. The Taliban commanders are meeting in Doha to discuss future government plans. They are even in contact with the global community and intra-Afghan groups to form an Afghan government.

The globe is witnessing the escalating crisis in Afghanistan with eager anticipation. The governments from different nations are rushing to remove their citizens from the country in an attempt to protect their citizens.

The Taliban shot at civilians raising the Afghan national flag during an Independence Day demonstration in the Afghan city of Asadabad on Thursday, killing at least two people. The violence resulted in the injuries of at least eight persons.

The Taliban was celebrating their victory over the arrogance of the superpower of the United States, as the extremist group marked Afghanistan's Independence Day earlier today, August 19. The Associated Press stated that Afghanistan celebrated Independence Day on the 1919 treaty that ended British control in the central Asian country.

On the other hand, as per the International Monetary Fund (IMF), the new Taliban administration in Afghanistan would not be able to obtain loans or other resources from the 190-nation lending organisation for the time being. The IMF stated in a statement released on Wednesday that it will be influenced by the opinions of the international community.

WE RECOMMEND
Afghanistan: Taliban laugh when asked if 'Afghans can vote women politicians', watch
Taliban breaks promise; brutally thrashes Afghan Translators who worked for foreigners
What is the Taliban? How did Taliban emerge? What was Afghanistan before 9/11, 2001?
Taliban freeloading on ice-cream fools nobody, netizens say 'PR team is working overtime'
Taliban publicly executes four Afghanistan commanders day after vowing to maintain peace