Just a day after announcing a caretaker government for Afghanistan, the Taliban have imposed ‘several conditions’ to restrict protests in the country. 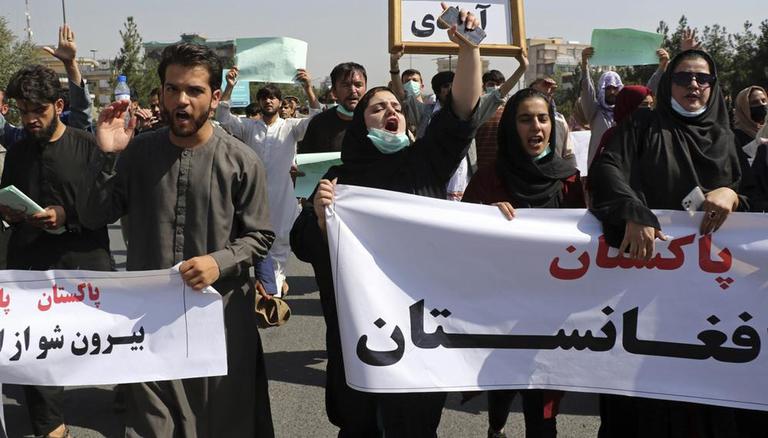 
Just a day after announcing a caretaker government for Afghanistan, the Taliban have imposed restrictions on protests in the country. As the National Resistance Force of Afghanistan (NRFA) continues to call for the Taliban's ousting, hundreds of people have taken to the streets demanding democracy in the country. However, the insurgents, in their latest diktat, have put in stringent conditions to curb the growing resistance.

According to Pajhwok News, all people wanting to stage protests would be required to take permission from Ministers of Justice of the recently minted Taliban government. Additionally, the purpose, slogans, place, time and all 'other' details of the demonstration need to be shared by the people. Furthermore, full details of the protests are needed to be shared with security officials 24 hours prior to the demonstrations.

Meanwhile, the resistance calls against the Taliban have increased manifold as the battle for Panjshir nears a month. In a tweet on Monday, the NRFA denied the claims that Panjshir had fallen to the Taliban. The resistance front said that its fighters are still present in strategic positions across the valley. The anti-Taliban front also assured that the fight will continue against the Taliban and its 'partners' (Pakistan).

READ | US not in a rush to recognize Taliban govt: White House

Heeding Ahmad Massoud's call for a nationwide uprising, thousands of Afghan civilians hit the streets of Kabul on Tuesday and protested outside the Pakistan embassy against their interference in Afghanistan. Slogans of 'Death to Pakistan' and 'Long Live Afghanistan' and 'Azadi' were chanted by the protestors outside Pakistan Embassy, after which the Taliban's Badri Force resorted to incessant firing in the air to disperse the crowd. Moreover, cowardly Taliban terrorists also lathi-charged the women who were a part of the protests.

READ | Blinken to Taliban: Any legitimacy ''will have to be earned''

The Taliban attacked the Panjshir valley on Monday with brute force along with aerial support of Pakistan Air Force which bombed the Panjshir valley, thus inflicting heavy casualties on the Northern Resistance Force. Along with NRFA spokeman Mohammad Fahim Dashty, General Abdul Wudod Zara (Ahmad Shah Massoud's nephew) too was killed in action in Panjshir. Meanwhile, Ahmad Massoud, who has been leading the Anti-Taliban resistance, relayed an audio message urging the entire Afghan population to revolt against the Taliban regime.

READ | Taliban's relationship with US, world depends on actions it takes in Afghanistan: Blinken