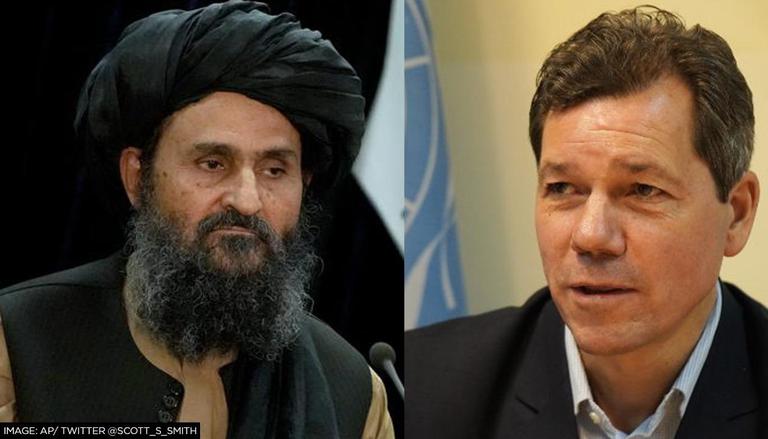 
Amid the deteriorating situation in Afghanistan, a senior official of the United Nations, who has been interacting with the Taliban to restore the rights of all Afghans, claimed there are two groups in the Taliban -- one who supports education for all, and the other, who opposes all the suggestions regarding restoration of human rights. According to a report by Khaama Press, United Nations Assistance Mission in Afghanistan (UNAMA) political affairs chief Scott Smith criticised nearly all the economic, social and political decisions of the Taliban-led government.

He added the Taliban "wants to govern the state" but disagrees with the systematic "way of ruling". "All the Taliban want is to remain in power as a government, but they disagree on how to govern. When we call for schools to reopen or for women to not be forced to wear the hijab, the first group responds that they will lose their fighters' trust," said Smith. Referring to the contentious decisions of the Taliban, Smith said some of the Talibani leaders expressed their willingness to allow higher education for girls and added some totally dissent with the positive views of their colleagues.

"The suspension of girls' schools is the biggest disagreement the Taliban leaders have among themselves. Some high-level officials are in favour but a number of other senior Taliban officials are totally against it," UNAMA senior official said.

Earlier on May 22, the same situation was also revealed by the Taliban's Deputy Foreign Minister, Shir Mohammad Abbas Stanekzai. He criticised the Taliban for closing girls' schools, claiming that denying Afghan girls education was equivalent to "eating half of the country's population". Stanekzai also condemned the Taliban's political, economic, and social strategies, and said the policies would not help the Taliban and the people of Afghanistan in the long run.

After taking over the leadership of the country, the Taliban made tall claims suggesting that they have changed completely as compared to the earlier regime. The extremist group promised to allow education and jobs for women. However, instead of fulfilling their promises, the Taliban barred women from educational institutions and working. They assured the world leaders to restore fundamental rights, including free movement of women and education for all. However, instead of fulfilling their promises, the country has been witnessing a surge in terror activities, and the Taliban government has been accused of curtailing women's rights. It has also barred women from educational institutions and working. Recently, it passed a contentious ruling wherein it ordered all Afghan women to wear head-to-toe clothing in public, resulting in condemnation from the international community.