'No question on this' | Taliban Names Hibatullah Akhundzada As The 'Supreme Leader Of Afghanistan': Reports

Hibatullah Akhundzada, the 'religious leader' of the Taliban has never made a public appearance and the militant group has released only one of his photos. 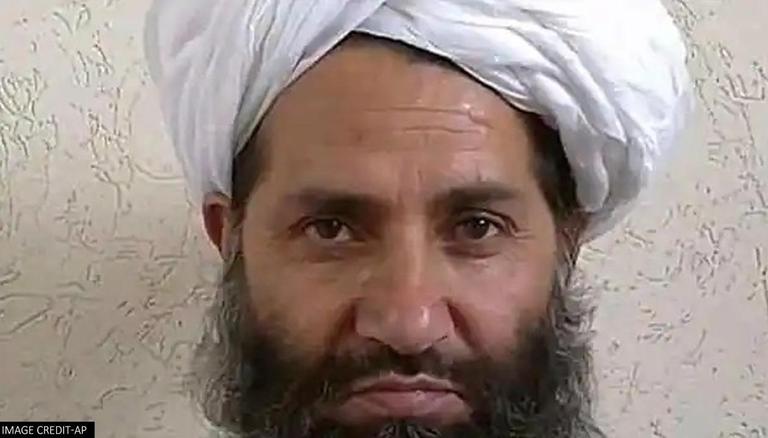 
Taliban has confirmed that Mullah Hibatullah Akhundzada who is the religious head of the militant group will be leading the new Government in Afghanistan, as per the latest report in Tolo News. Anamullah Samangani, a member of the Taliban’s cultural commission on Wednesday informed that 'he will be the leader of the government and there should be no question on this'. Reportedly, Akhundzada has a 'traditional mujahideen mindset' and has served as the head of the group's council of religious scholars.

Meanwhile, the Taliban’s political office leader Sher Mohammad Abbas Stanikzai on Wednesday said that the Islamic Emirate is expected to declare its new government within the next two days.

“Consultations are almost finalised on the new government, and the necessary discussions have also been held about the cabinet. The Islamic government that we will announce will be a model for the people. There is no doubt about the presence of the Commander of the Faithful (Akhunzada) in the government. He will be the leader of the government and there should be no question on this," Samangani added, as per Tolo News.

Who is Hibatullah Akhundzada?

Known for his ruthless personality and announcing anyone who opposed the previous leader Mullah Mansoor’s leadership- a decreed, Akhundzada has never made a public appearance and his whereabouts have largely remained unknown. After the Taliban's takeover of Kabul, several Talibani militants including commandos and armed men entered the province however the 'religious leader' of the group still remained absent. Hibatullah who took charge of the Taliban in 2016 originally hails from Quetta in the Balochistan province of Pakistan. After his family migrated from Pakistan, Hibatullah participated in the 'Islamist resistance' to the Soviet military campaign in Afghanistan in the 1980s.

READ | Milley: US coordination with Taliban on strikes 'possible'

After becoming the 'head' of the group's council of religious scholars, Akhundzada was responsible for issuing most of the Taliban's fatwas and settling religious issues among members of the Taliban rather than handling the military duties. He served as a deputy to previous Taliban chief Akhtar Mohammad Mansour, who was killed in a US drone strike on 21 May 2016.