The Taliban has extended amnesty to ousted Afghan President Ashraf Ghani and ex-Vice President Amrullah Saleh, allowing the two to return to Afghanistan 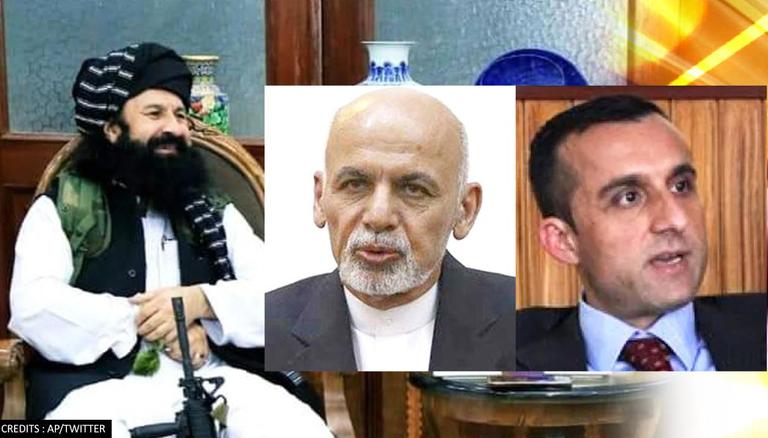 
The Taliban has extended amnesty to ousted Afghan President Ashraf Ghani and ex-Vice President Amrullah Saleh, allowing the two to return to Afghanistan.

Speaking to Geo News on Sunday, Khalil Ur-Rahman Haqqani, a leading Taliban figure and Haqqani Network leader who is also currently in charge of security for Kabul, said, "We forgive Ashraf Ghani, Amrullah Saleh, and (Afghan Presidential Security Adviser) Hamdullah Mohib. We forgive everyone, starting from a general who fought against us to a common person." Russian news agency Sputnik has reported Haqqani saying the Taliban has forgiven everyone "from the general to the common man" and that they can return to the country.

He contended that the differences between the Taliban and the three ex-Afghan Government leaders were only on the basis of religion and driven by ambition to change the system while adding that "the system has now been changed."

Despite the Taliban claiming to be a changed entity, the mayhem by Taliban terrorists continues on the ground, depicting a contrasting picture to the claims. Earlier as well, the Taliban had offered to pardon all including the government workers and Afghan Military personnel, however, the situation on the ground has been visibly different from the claims made by the Taliban. Several Afghan military personnel who had surrendered to the Taliban were executed in broad daylight.

READ | Taliban warns US, UK of consequences in case of delay in withdrawal deadline

However, there has been an uproar in Afghan civilians against the oppressive regime of the Taliban and the civilians have been joining the anti-Taliban resistance. In a recent development, the civilians have come in support of the Northern Alliance and former Vice President Amrullah Saleh, who has challenged the terrorist group. It has also been reported that around 300 Taliban terrorists have been killed in an intense battle in Andarab. The Northern Alliance led by Ahmad Massoud is putting a brave fight from Panjshir province against the Taliban terrorists. Amrullah Saleh, Ahmad Massoud and other resistance fighters are carrying forward their fight from Panjshir which is yet to fall into the hands of the Taliban.

However, the Taliban claims to have recaptured the three districts liberated by Northern Alliance last week after inflicting heavy casualties on the Taliban.

Meanwhile, the ousted Afghan President Ashraf Ghani had taken refuge in United Arab Emirates (UAE), the Ministry of Foreign Affairs of UAE confirmed on August 18. While Ashraf Ghani resigned and fled Afghanistan after the Taliban stormed into Kabul, Amrullah Saleh has stayed put and vowed to resist the new regime.

"I had to leave Afghanistan without my books, who were my main assets. Some confidential docs unfortunately left at prez palace, they are in the hands of others, I left with nothing but Salwar Kameez and waistcoat, did not take anything with me. Those saying I went with money with me is completely baseless," said Ashraf Ghani in his address after fleeing Afghanistan.

The Taliban has been promising general amnesty as well as assurances to all and sundry over a range of things, from women's rights to the safety of foreigners on its shores. However, the amnesty to the two senior-most leaders in the previous regime, Ghani and Saleh, will be seen with even more than a pinch of salt. Ghani has outlined that he fled the country as the Taliban approached as his security was sure he'd be killed, whereas Saleh has taken up leadership of the Northern Alliance along with Ahmad Massoud, and battles are being waged against the Taliban in the northern mountains of the country.