Taliban Releases Diktat For Afghan Women; 'don't Work In Offices Or Go Out Of House'

Despite lofty claims of bringing in a 'moderate' rule this time, the Taliban continues to function as a quasi colony, failing to ensure basic rights for women. 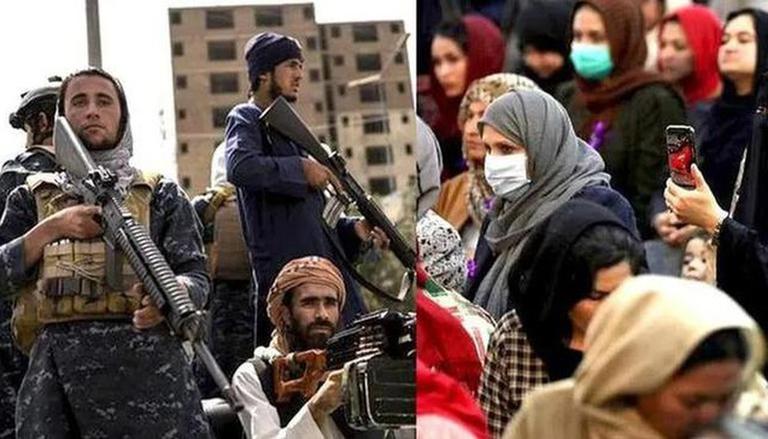 
Taliban's Supreme leader issued a new diktat for Afghan women on Friday banning them from working in offices or leaving their houses. According to the new order  for Afghan women, issued by Haibatullah Akhundzada, "Women do not work in offices and do not go out of the house."

The notice comes just a day after the Taliban banned Voice of America (VOA) broadcasts from terrestrial television to restrict women's participation in news and anchoring. VOA Afghanistan streamed the ‘TV Ashna’ newscasts, along with airing a women’s show 'Etesal'. Previously, the group had stopped women from flying without a male relative and had also banned women from making any journey of over 45 miles without a male chaperone.

Despite lofty claims of bringing in a 'moderate' rule this time over, the Taliban continues to function as a quasi colony, failing to ensure basic rights for women. Razing down Kabul and assuming control in August 2021, the extremist group had promised to allow education and jobs for women, but has now barred women from educational institutions and working.

After segregating classes for men and women, the Taliban completely shut down secondary schools and universities for girls. Taliban Education Minister Abdul Baqi Haqqani remarked that the reason behind the shutting down of universities in Afghanistan was 'co-education'.

When it comes to the professional sphere, the number of women journalists in Afghanistan has also declined by 50% since last August, as per Pajhwok Afghan News and all steps have been taken by the terror group to minimise the role of women in public and social spheres.

In another draconian order, the Taliban announced that all parks in the country would be segregated by sex, and families and couples will no longer be allowed to visit parks together.

Raising voices against the inequalities, several Afghan women have since taken to the street to protest demanding education for girls, reopening of the Women's Ministry, and jobs for women in senior government positions. However, they continue to be vilified, and arbitrarily detained, while others disappear.