Taliban has stated that Washington will have no right to attack the country after August 31, following the US drone strike in Afghanistan's Nangarhar province. 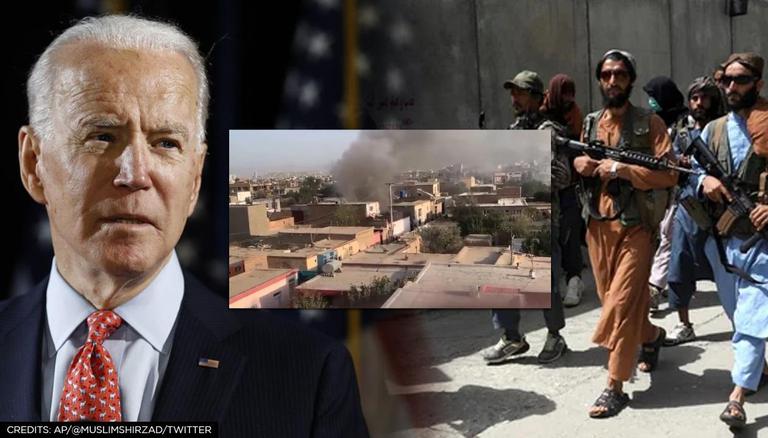 
United States of America (USA) on Sunday carried out a drone strike against a suspected ISIS-K planner who was allegedly a potential threat to Kabul's Hamid Karzai International Airport. As per a report by AP, which quoted a Taliban spokesperson, the USA conducted its second airstrike targeting a suicide bomber in a vehicle who wanted to strike Kabul airport. Now, the Taliban has stated that it will not allow the US to conduct drone strikes after the August 31 deadline. Notably, the USA has set the August 31 deadline to evacuate its citizens and troops from Afghanistan.

On Friday, the US had launched a drone strike against an alleged ISIS attack "planner" in eastern Afghanistan. This was in response to a suicide bombing at Kabul airport that killed 13 US troops and over 150 Afghan civilians. Taliban's main spokesperson Zabihullah Mujahid had also condemned an overnight US drone strike against ISIS.

Pentagon on Saturday had informed that two "high-profile ISIS targets" were killed during an airstrike in Afghanistan on Friday.

"I can confirm, as more information has come in, that two high-profile ISIS targets were killed, and one was wounded. And we know of zero civilian casualties," said US Maj Gen Hank Taylor, deputy director of the Joint Staff For Regional Operations as reported by ANI.

As per US media reports, the ISIS-Khorasan planner of the Kabul blast, who was targeted in the US drone strike, was found in a compound in the Jalalabad area.

Taliban spokesperson Zabihullah Mujahid said in a message to journalists that the strike targeted the bomber as he drove a vehicle loaded with explosives.

US Central Command spokesperson Bill Urban said that the US military forces carried a self-defense unmanned over-the-horizon airstrike on a "vehicle in Kabul, eliminating an imminent ISIS-K threat to Hamad Karzai International Airport."

"We're confident we successfully hit the target," Urban said, adding that the vehicle had a substantial amount of "explosive material". He further said that number of casualties are being ascertained.