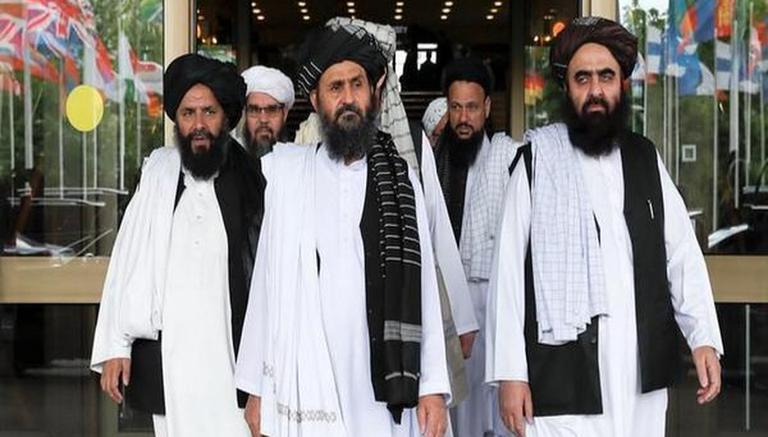 
The Taliban on Tuesday announced that they would adopt the Constitution famed during the era of Muhammad Zahir Shah, who had ruled Afghanistan between 1963 to 1973. However, the extremist group said that the adoption of the 1964 law book would be temporary and would adopt the newer version once it got approved by the Talibani top leaders.

According to a report by Khama Press, the decision was taken during a meeting with the Chinese Ambassador to Kabul and the Taliban's acting justice minister Abdul Hakim Sharaee. The media report claimed that Sharaee said that the Constitution would be implemented temporarily till the interim government rule continued in the country. He added that the Constitution would be amended according to Sharia law and the principles of Taliban-led government.

"Taliban will implement the Constitution from the era of Muhammad Zahir Shah which was ratified 57 years ago. Constitution will be implemented in a way that does not violate Sharia law and the principles of the Islamic Emirate of Afghanistan," read a statement released by the Talibani government.

It is worth noting that the 1964 constitution granted the right to vote for women but didn't grant the right to education and jobs for women.  Notably, the Constitution of 1964 was also briefly implemented during the first years of Hamid Karzai- an Afghan politician who served as President of Afghanistan from 22 December 2001 to 29 September 2014.

"We want to have good relations with all the countries and no threat will be posed to regional countries from the soil of Afghanistan," said the Taliban's acting justice minister, when asked about nurturing terrorists on the Afghan soil.

Earlier this month, while speaking to the news agency, Mullah Nooruddin Turabi, one of the founders of the Taliban and the chief enforcer of its harsh version of Sharia law, confirmed that the extremist group will carry out executions and amputations of hands as they did during their previous regime.

Turabi, who was the justice minister and head of the Ministry of Propagation of Virtue and Prevention of Vice (a kind of religious police) during the Taliban’s previous rule, had encouraged punishment at crowded places like stadiums or Eid Gah mosque in the national capital. According to the draconian laws implemented by the extremist group, if a person was accused in a murder case, they had a practice of shooting the convicts on the head. However, if the victim's family agreed to accept compensation money, they pardon the culprits to live. For convicted thieves, the punishment was amputation of a hand. For those convicted of highway robbery, a hand and a foot were amputated.

(With inputs from AP/ANI, Image: ANI)

WE RECOMMEND
In Afghanistan, future of women's education uncertain after Taliban takeover
No one from Afghanistan, Myanmar addressed UN General Assembly | Here's why
Afghanistan: Thousands flee to Iran as uncertainty, fear of safety grows under Taliban
'US needs to strengthen ties with India to keep China, Taliban under check': Congressman
Turkey's President Erdogan won't help Taliban unless 'inclusive government' is formed