The Taliban's political chief Mullah Abdul Ghani Baradar has left from Kandahar to Kabul, and the terrorist group is likely to announce its new government 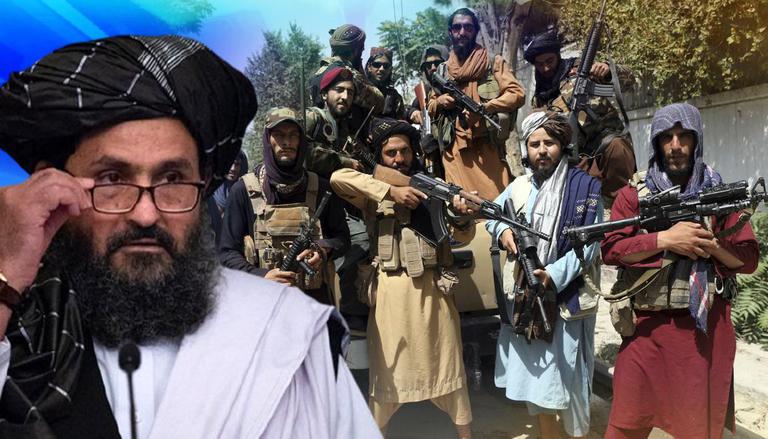 
As the United States of America has officially withdrawn its troops from Afghanistan, the Taliban has taken full charge of the war-torn nation. Now, as per Republic sources, the Taliban's political chief and 'Presidential face', Mullah Abdul Ghani Baradar, has left from Kandahar to Kabul, and the terrorist group is likely to announce new government formation soon. The Taliban had maintained that it was waiting for the US to complete its withdrawal to present its grand plan for the country.

Before the US troops' withdrawal, Mullah Baradar had held talks with ex-President Hamid Karzai and former CEO and reconciliation panel chairperson Abdullah Abdullah for a 'peaceful transition' of power.

Speaking to Republic, Defense Expert Major General KK Sinha (Retd) expressed that the whole of Afghanistan is still not under the control of the Taliban and who gets what portfolio might become tricky for the terrorist group. Notably, Amrullah Saleh announced himself as the caretaker President after former Afghan President Ashraf Ghani fled to the UAE, and is now leading the resistance against the Taliban at Panjshir.

"There are lots of things which are now anticipated as Mullah Baradar is already moving from Kandahar and probably the government formation will take place. The world is waiting very very anxiously and because it is purely a Taliban government. I don't think that an inclusive government in the Taliban camp is possible because Abdullah Abdullah is on house arrest, Karzai in house arrest, ISIS-K is there, Panjshir fight is on. The whole of Afghanistan is not in the hands of the Taliban, therefore we have to wait for the announcement," said Major General KK Sinha.

Taliban urges countries to open their embassies in Afghanistan

As per Afghanistan's TOLO News, Mawlawi Shahabuddin Delawar, a member of the Taliban's political office, urged foreign nations to re-open their embassies in the war-torn country.

As per the report, Mawlawi Shahabuddin Delawar said at a meeting to mark the withdrawal of US troops from Afghanistan that they welcome the action of countries that have not closed their embassies in Kabul and urged other countries to open their embassies.

US troops withdraw from Afghanistan

US President Joe Biden on Monday announced the completion of the massive evacuation operations from Afghanistan, thanking the US servicemen for their execution of the dangerous evacuation. The last American soldier boarded a US C-17 aircraft on August 30, marking the end of the 20-year-long US mission in Kabul.

"The past 17 days have seen our troops execute the largest airlift in US history, evacuating over 120,000 US citizens, citizens of our allies, and Afghan allies of the United States. They have done it with unmatched courage, professionalism, and resolve. Now, our 20-year military presence in Afghanistan has ended," Biden said, as per a release of the White House.