Taliban's Relation With Global Bodies Will Depend How They Treat Afghan Women: UN Official

UN Women Regional Director of the Asia Pacific said the Taliban's engagement with international communities will depend on how the Taliban treats women. 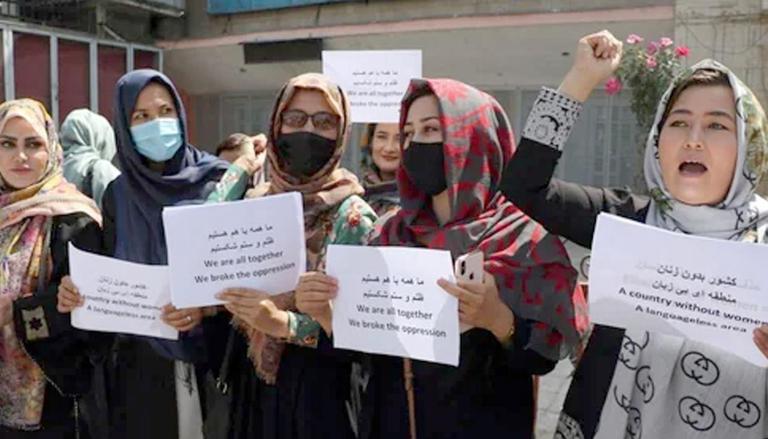 
Ever since the Taliban took control of Afghanistan, the group is trying to shed their old brutal image of the previous rule, but their constant violence against women proves that the Taliban has not changed in the last 20 years. In a recent development, the UN Women Regional Director of the Asia Pacific claimed the Taliban's engagement with international communities will depend on how the Taliban treats the women in their country. "Women's rights must be the litmus test for our collective engagement with the Taliban," said Mohammad Naciri, reported Pajhwok Afghan News.

On Wednesday, dozens of women staged protests in the streets of Kabul, demanding a ministerial position in the new Taliban government. The protesters said that they would never accept a regime that is only run by males. Meanwhile, the Taliban has denied all demands, saying that such protests were illegal and women need permission before marching on the streets. In the western city of Herat, the Taliban killed three people during the demonstration, and on the same day, the Taliban militants arrested five Afghan journalists for covering the protest.

Taliban's engagement with international communities will depend on how they treated women: UN official

Naciri claimed that women across the world are being respected and given equal rights. They are showing similar strength in all fields, including sports, finance, politics, and defense. The decisions that are made in the coming days on how the international community will engage with the Taliban will have long-term implications, he added. On Wednesday, the Taliban announced the list of their caretakers who will handle different portfolios, but the list did not include any women representatives.

Meanwhile, after the formation of the government, a Taliban spokesperson said women should stay at home for their protection. Hundreds of women across different parts of Afghanistan are protesting for their rights. The Taliban, however, are not responding to the demand and have also launched an attack and used tear gas on the protestors. The Taliban's behavior toward the women has escalated serious concern among UN agencies, and they are trying to figure out ways to resolve the issue.

The UN Women's department official said, "As the Taliban seeks to establish a new normal, the international community must be unified and clear on what our common lines for engagement are. The first must be participation, "added Naciri. The second must be guaranteed access to healthcare. Thirdly, women must be allowed to work in any field of their choosing and participate fully in public life, including in the delivery of humanitarian assistance, "Naciri further said.