The tourists need to undergo the COVID test at the airports and has to stay at the government hotel until their test result turns negative. 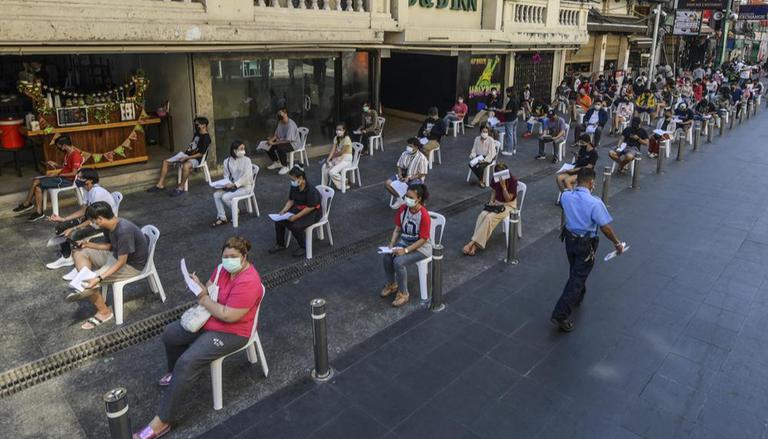 
Nearly four days after the Thailand government announced to tighten the COVID-related restrictions, it has announced to reopen tourist places completely for the international vaccinated people. The announcement came at a time when the country is reporting a record number of COVID cases, driven by the Omicron variant. However, the tourists need to undergo the COVID test at the airports and have to stay at the government hotel until their test result turns negative.

Earlier on Friday, the government has announced tightening virus-related regulations while expanding its "sandbox" quarantine program. The government also appealed to tourists and its people to follow social distancing and face mask rules in order to control the latest COVID variant.

As per the latest order, the Center for COVID-19 Situation Administration has suspended the "test-and-go" program in which the tourists are allowed to move freely after getting tested for the COVID virus. Earlier, the tourists were allowed to roam after completing one-day quarantine. "All other people arriving in Thailand must either go into hotel quarantine or use the “sandbox” program. The program will be extended next Tuesday from the island of Phuket to the provinces of Pang-nga and Krabi and three islands in Surat Thai province — Koh Samui, Koh Tao and Koh Phangan," AP quoted CCSA spokesperson Taweesin Witsanuyothin as saying.

READ | Over 2,500 Myanmar refugees flee to Thailand amid clashes with military junta

What is Thailand "Sandbox" program?

It is a program announced by the Thailand government under which fully vaccinated people are allowed to enter specific locations such as Phuket. Under the sandbox rule, a tourist needs to spend a week in government-approved hotels. The tourists are only allowed to move out of the quarantine room once they complete their mandatory isolation phase. However, their movements will be tracked until they tested negative on the seventh day.

What is the "test-and-go" scheme?

Under the “test-and-go” system, only those who are vaccinated against the COVID are allowed to enter the country. The individual will have to go COVID test at airports on arrival. Later, the individual will have to undergo a second COVID test after spending seven days in the country. "If the first test was negative, they could travel freely. They had to spend their first night in a government-approved hotel awaiting their test results," according to the government order.

It is worth mentioning Thailand crawling economy has once again been hit by the new COVID-19 variant, Omicron. According to the country's health ministry, it has reported more than 8,000 cases in the past 24 hours. As of today, it has 54,000 active cases in the country. It eased restrictions after a successful vaccination program in which 100 million doses have been administered to its population of about 60 million people. Booster programs are underway around the country, according to AP.

(With inputs of  AP)