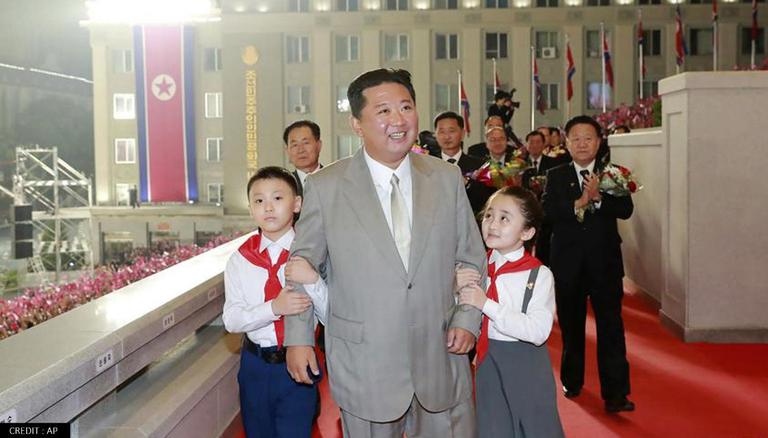 Before taking his seat on a balcony to witness the parade, Kim was seen showering love on the children who greeted him with flowers. Kim Jong Un kissed the children and was seen waving at the crowd. Throughout the event, he applauded the marchers. But what caught the attention of most people was the North Korean leader's appearance. Speaking to The Associated Press, Park Won-gon, a professor of North Korea studies at Seoul’s Ewha Womans University said, "His face is clearly thinner and he is moving much more vigorously".  Park also noted that it was important for the North Korean leader to create an image of a young leader who could bring the country out of trouble.

As Kim Jong Un has not made any public announcement about his successor and as the supreme leader makes a decision about everything in North Korea, Kim's health is a matter of heightened importance in the country. Park noted that it was important for Kim to reduce weight and present himself as a young and healthy leader, and said, “Considering the North’s political system, where the supreme leader decides everything, Kim’s health is an extremely important security matter."

Reportedly, Kim's weight loss was first noticed during a ruling party meeting in June. Some people at that time thought that Kim, who previously weighed 140 kilograms, may have lost about 10 to 20 kg. Yang Moo-jin, a professor at the University of North Korean Studies in Seoul, thought that with his interactive and cheerful behaviour at the parade Kim was trying to portray himself as a "normal statesman" who engaged with the public.