A naked painting of Mexican revolutionary hero Emiliano Zapata sparked controversy after his descendants raised an objection to the effeminate depiction.

A naked painting of Mexican revolutionary hero Emiliano Zapata sparked controversy after his descendants raised an objection to the effeminate projection of the leader. In the painting, Zapata, who led the famous peasant revolution demanding land rights, has been depicted wearing high heels and a pink hat, straddling a horse. The controversial art, created by Fabian Chairez, attracted a lot of visitors at the Fine Arts Palace.

Though the painting is not labelled as a portrait of Zapata, it is titled as ‘Revolución’ in an obvious link to the Mexican revolutionary who has often been depicted in a Macho pose. Zapata’s grandson, Jorge Zapata Gonzalez, warned the Fine Arts Palace, one of the premier arts venues of Mexico City, to remove the painting.

“We are not going to allow this. For us as relatives, this denigrates the figure of our general (Zapata), depicting him as gay,” said Gonzalez.

Read: Boy Sends Message To Stop Migration From His Village Through Beautiful Painting

Protests at the venue

While some farmworkers blocked the entrance of the Fine Arts Palace to protest against the painting, few counterprotesters also arrived at the scene to defend sexual diversity and freedom of expression.

“This isn’t freedom of expression, it is debauchery...that is degrading. They can’t exhibit our history that way,” said Antonio Medrano, spokesperson for the protesters. “They can’t permit this kind of mockery,” Medrano added demanding respect for “great icons”. 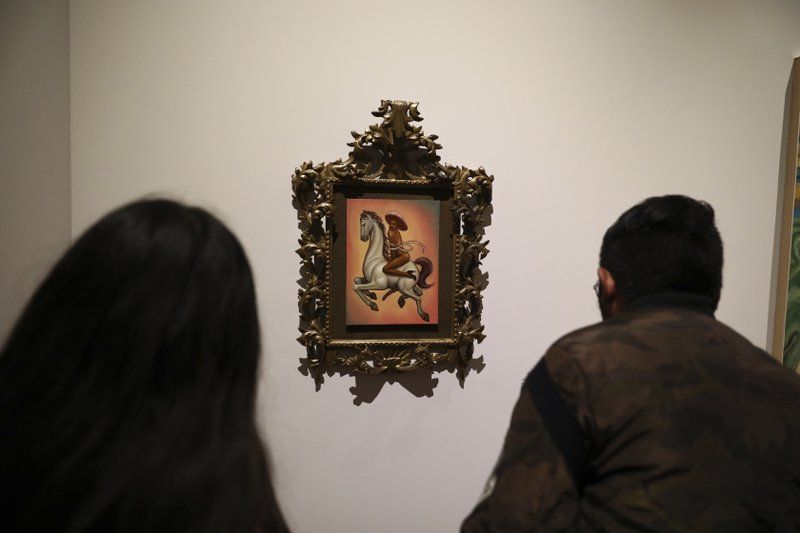 This conflict led to a brief scuffle between the two groups. The curator of the exhibit said that people have the right to criticise the painting if they don’t like it but seeking censorship is far-fetched. The controversy forced President Andrés Manuel López Obrador to take the cognisance of the issue and directed his cultural secretary to mediate the dispute. Obrador opined that the family’s concern should be heard but denied to endorse censorship.

Zapata, born in the rural village of Anenecuilco in Morelos State in 1879, remains an iconic figure in Mexico and often used a nationalist symbol as well as a symbol of the neo-Zapatista movement. He was assassinated on April 10, 1919.

Read: A List Of The Strangest Museums In The World With Most Extraordinary Artefacts

(With inputs from Agencies)