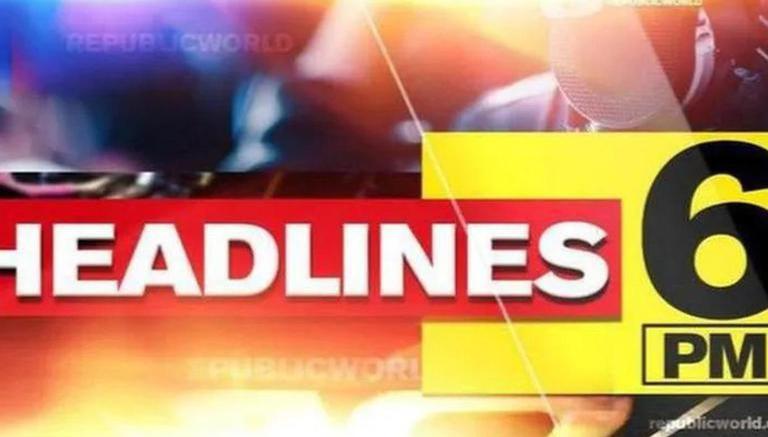 Breaking his silence on the Income Tax Department's raids on the premises of Samajwadi Party MLC Pushpraj Jain, Akhilesh Yadav alleged that BJP has formed an alliance with central investigative agencies. The searches are underway at nearly 50 locations including Kanpur, Kannauj, Mumbai, Surat and Dindigul based on a specific input of tax evasion provided by the Directorate General of GST Intelligence, sources revealed. Elected to the UP Legislative Council in 2016, Jain is the manufacturer of the Samajwadi Perfume which was formally launched by the SP chief on November 9.

Reacting to Akhilesh Yadav's "wrong home raided" claim, Union Finance Minister Nirmala Sitharaman on Friday quipped "did the agencies come out empty-handed after the raids?" Speaking at the media briefing, the Bharatiya Janata Party leader said that the agencies were carrying out the raids on the basis of intelligence input, and added that the statements made by the Samajwadi Party were "insensible".

As COVID is once again beginning to show an upward trend, official sources on Friday confirmed that Omicron has already started replacing Delta as the dominant variant in India. Delta is still the most common variant in the majority of countries, but Omicron has started spreading very quickly and is already dominant in Australia, Russia, South Africa, the United Kingdom, and, even in India, as per sources.

In a key update to the Ludhiana blast case, a team of the National Investigation Agency (NIA) will travel to Germany to question the member of designated terror group Sikh for Justice (SFJ) Jaswinder Singh Multani for his alleged involvement in the Ludhiana blast case, said a senior officer on Friday. According to the officer, NIA will initiate the proceedings to bring Multani to India but before that, the agency is in the process to register a case against Multani and others under the Unlawful Activities (Prevention) Act and other Indian Penal Code sections.

With Improvement In Situation, Terror Recruitment Comes Down In Valley, Says IGP Kashmir

New terror recruitment in Kashmir has declined this year compared to the last year, with an improvement in the overall situation.
As per the official data, 128 men joined terror ranks in 2021, when the number of such recruitment in 2020 stood at 168.
However, out of 128 newly recruited terrorists, police and security forces have killed 73 and arrested 16, however, 39 are still active.

READ | 'Harry Potter: Return to Hogwarts': JK Rowling not a part of upcoming reunion; here's why

Revenue Secretary Tarun Bajaj on Friday, December 31, informed that no proposal has been made in regards to extending the date of income tax return filing. While talking with news agency ANI, Bajaj informed that the process of tax return filing is being conducted smoothly and that a total sum of Rs 5.62 crore has been filed as income tax by 3 pm today. Besides, over 20 lakh returns were filed on Friday alone and the year 2021 saw a total filing of 60 lakh returns.

As the cases of Omicron declined sharply in the past two weeks, South Africa has announced to ease restrictions from 31 December, Friday. According to the country's health ministry, the fourth wave of the Coronavirus, driven by the new variant, Omicron, has passed. The ministry said the cases dropped nearly 30% compared to the last week. While announcing the relaxations, the government said it has removed the midnight to 4 am curfew based on the trajectory of the cases.

R Ashwin Recalls Tough Decision To Leave IPL 2021 Midway; 'Why Am I Even A Son?'

Team India off-spinner R Ashwin recently revealed the reasons that paved way for his challenging decision to leave IPL 2021 midway. Speaking on a chatshow 'Backstage with Boria,' Ashwin recalled the time when the majority of his family were infected by COVID-19 and said that it seemed apt to him to be with them at that time, for they (his parents) have made a lot of sacrifices for his sake.

Anushka Sharma To Return To Big Screens & OTT After Long Sabbatical? Here's What We Know

Actor Anushka Sharma is often seen making headlines through her social media posts that range from pictures with her husband, Virat Kohli to announcing the birth of their daughter and her production ventures. Some might have forgotten that the last time Anushka featured in a film was three years ago.

It is just a matter of a few hours before we bid farewell to 2021, and make room for a new year. This past year must have been hard on many of us as the world is still battling the COVID-19 pandemic while trying to keep a straight face. However, the time is to welcome 2022 with enthusiasm and optimism no matter how hard it may seem. Here, we bring you the best collection of Happy New Year wishes, images, messages, & quotes that you can send to the ones you care about in order to share your positive energy.