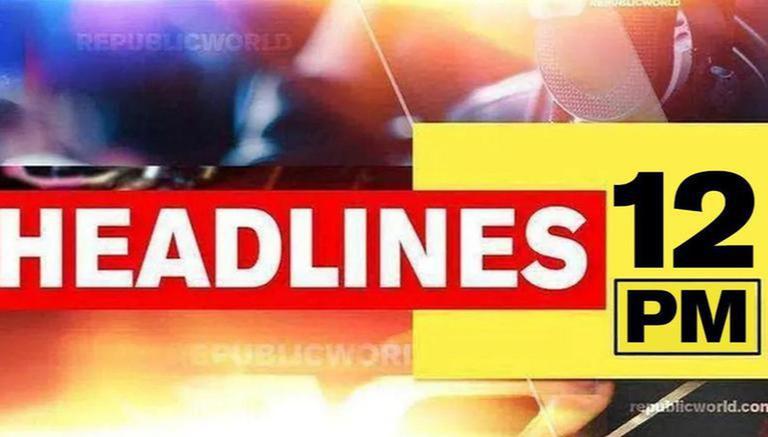 In pursuance of the Calcutta High Court, the CBI constituted 4 Special Investigation Units on Thursday to probe the cases of the post-poll violence in West Bengal. A 5-judge bench comprising Chief Justice Rajesh Bindal and Justices IP Mukerji, Harish Tandon, Soumen Sen, and Subrata Talukdar directed that all cases of murder and crimes against women including rape pertaining to the post-poll violence will be transferred to the CBI. Each team will be headed by a Joint Director-level officer and will comprise a Deputy Inspector General, a Senior Superintendent of Police and three Superintendents of Police.

In an exclusive interview on Republic Media Network, Afghanistan's former Interior Minister Masoud Andarabi who was removed from office in March 2021 told Republic Editor-in-Chief Arnab Goswami that the Taliban's successful conquest of the country was a "political defeat and not a military defeat." He also said that the militant group's recent rise was due to mismanagement by the Ghani administration.

India's External Affairs Minister Dr. S Jaishankar discussed the worsening situation in Afghanistan with US Secretary of State Antony Blinken for the second time in less than a week. Blinken, on Friday, said that the talks were 'productive'. Earlier, on 17 August, Blinken and Jaishankar had discussed developments in the war-torn country.

India evacuates its embassy staff and soldiers from Afghanistan as US does a hasty withdrawal after 20 years of war with Taliban. The terror group has ousted the Ghani govt and taken over Kabul.

Flagging off his Jan Ashirwad Yatra from Bhiwadi on Thursday, Union Minister Bhupender Yadav predicted that BJP would come back to power in Rajasthan in 2023. Yadav, a Rajya Sabha member from Rajasthan, currently holds the portfolios of Environment, Forest & Climate Change; and Labour & Employment. Speaking to the people, he raked up the ongoing tussle between CM Ashok Gehlot and his former deputy Sachin Pilot alleging that both are "fighting for the chair".

Upset with the alleged manhandling of Congress MPs in the Rajya Sabha, the Chhattisgarh unit of the party staged a "silent protest" at the Gandhi Maidan in Raipur on Thursday. On the last day of the Monsoon session, i.e August 11, Congress parliamentarians from Chhattisgarh Chhaya Verma and Phulo Devi Netam asserted that they were manhandled by male marshals while protesting in the well of the House. Speaking about the purported incident in a press conference on Wednesday, both these Rajya Sabha MPs broke into tears.

AIMIM supremo Asaduddin Owaisi on Thursday mocked the Centre for expressing concern over the atrocities against women in Afghanistan while turning a blind eye to the situation in India. Addressing a gathering, Owaisi lamented, "4.6 crore girls go missing. 1 out of 9 girls die before attaining the age of 5. But these people are bothered about the situation there (Afghanistan)". He added, "They are worried about what is happening to women in Afghanistan. Isn't it happening here?"