Tragic: Afghan National Youth Footballer Among Those Killed Fleeing On US Plane's Exterior

Former Afghan national youth team footballer has died in the landing gear of the US military plane while he attempted to flee Kabul as a stowaway in the flight. 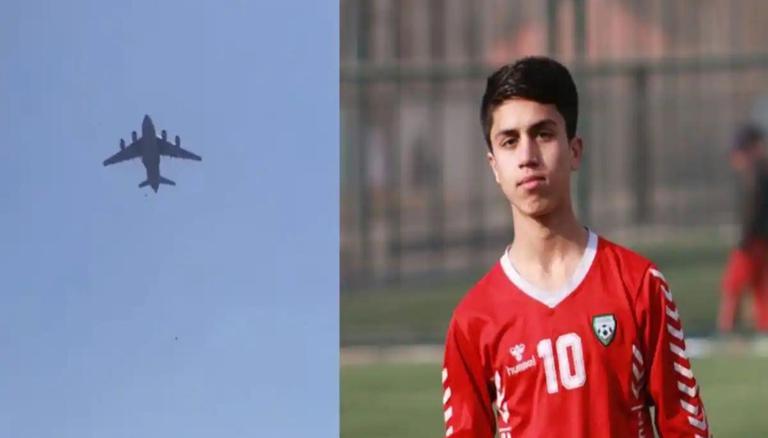 
In a disturbing revelation from Afghanistan amid the Taliban's hostile takeover, it has emerged that a former Afghan national youth team footballer was among those who died after falling from the landing gear of a US plane while he attempted to flee Kabul. Reportedly, his body parts were found in the landing gear while the rest of the body fell to the ground while the plane was mid-air.

The General Directorate of Physical Education and Sports of Afghanistan has confirmed that Zaki Anwari, a player of the national youth football team was among the hundreds of young people who wanted to leave the country, died in the landing gear of the US aircraft. 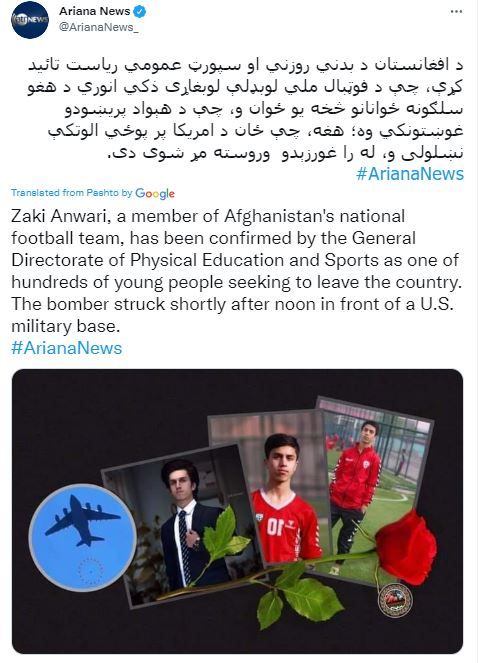 Republic Media Network has accessed multiple videos of thousands of people who swarmed the Kabul Airport to save themselves from the Taliban and flee the war-ravaged country. One of the videos showed two civilians falling off the US Military plane while it was mid-air. Reportedly, one of the two was the youth footballer.

Republic has been flooded with videos and emails of Afghan civilians who are sharing their plight amid the hostile takeover of Afghanistan by the Taliban. The Afghan civilians have hit the streets with national flags on the occasion of the country's 102nd Independence Day, to protest against the atrocities of the Taliban. Civilians including women and children were seen chanting 'Long Live Afghanistan' and 'National Flag Is Our Identity'.

After the hostile takeover by the Taliban and President Ashraf Ghani's escape from the country, erstwhile Vice President Amrullah Saleh has staked his claim to be the acting president of Afghanistan as per the constitution. He has asserted his refusal to bow down to the Taliban rule. Moreover, Ahmad Massoud, son of Afghanistan's most famed anti-Taliban fighter, has also begun a resistance movement against the oppressive regime of the Taliban.

As the Anti-Taliban resistance gathers momentum, Ahmad Massoud urged the Western countries to supply arms and ammunition to fight the Taliban regime. Meanwhile, even as the Taliban has declared Afghanistan as an 'Islamic Emirate' on its Independence Day, Amrullah Saleh on Thursday expressed his support for people hoisting the national flag.

Even as former VP Amrullah Saleh claims control over the country as the 'caretaker President, the Taliban has intensified its consultation to form an "inclusive government" in Afghanistan. Sources have revealed that senior Taliban leaders including Mullah Abdul Ghani Baradar and Anas Haqqani are reaching Kabul on Thursday to deliberate on the same. Also, multiple killings have been reported in various provinces as Afghan civilians took out protest marches and national flag hoisting on Independence Day.

Amrullah Saleh, Ahmad Massoud and other fighters are holed up in the Panjshir province which is yet to fall into the hands of the Taliban. While Ashraf Ghani resigned and fled the country after the Taliban stormed into Kabul, Saleh stayed put and vowed to resist the new regime. Republic TV has learnt that the training of the commandos to fight the Taliban has begun in the higher reaches of Panjshir valley. Already, Amrullah Saleh has revealed that he is reaching out to other leaders to secure their support and form a consensus.