Turkey accused Sweden and Finland of providing terror groups with political, financial, and military support, posing a threat to not only Ankara but also NATO. 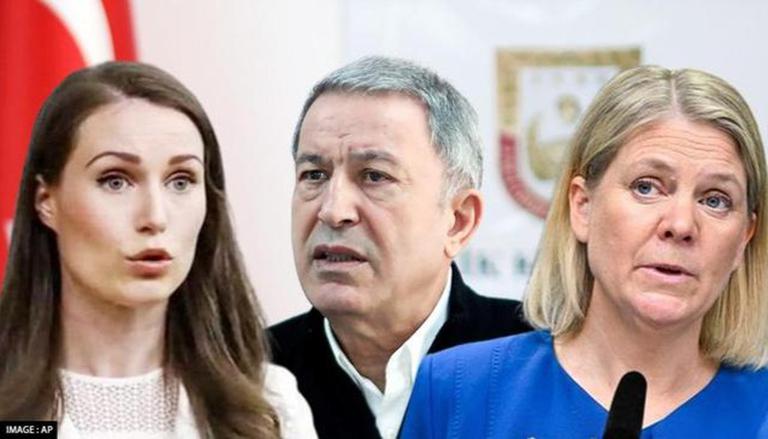 
In its latest attack on Finland and Sweden, the Turkish government alleged that both the Nordic nations have provided terror groups with political, financial, and military support, posing a threat to not only Ankara but also North Atlantic Treaty Organization (NATO). Addressing the media after the conclusion of the NATO defence chiefs' meeting in Brussels, Turkish Defence Minister, Hulusi Akar highlighted several pressing issues, including Turkish concerns about Sweden and Finland joining the intergovernmental military alliance.

According to Akar, the arms constraints imposed on Turkey hurt NATO and went against the alliance's spirit. He further claimed that his country recovered a large number of Swedish-made AT-4 anti-tank guns during its anti-terrorism operations in Iraq and northern Syria. He also stated that the evidence of this was also shared with NATO officials during the two-day meet which concluded on Thursday, June 16. "On the one hand, they say 'let us grow stronger and unite against all sorts of threats against NATO', but on the other hand, an arms embargo is imposed on Turkey. Plus, unlimited support is provided for the terror groups," Akar added, Anadolu Agency reported.

Akar also emphasised that Turkey was the only NATO country combating terrorism on several fronts, and that his country was the last line of defence against terrorists spreading to Europe. Notably, Turkish President Erdogan continues to oppose Sweden and Finland's North Atlantic Treaty Organization (NATO) membership bid. He also slammed both Nordic nations for "supporting terrorists" and asserted that the intergovernmental military alliance is a security bloc which does not support terrorist groups. He also accused Sweden and Finland of hosting terrorist centres in their territories.

It should be mentioned here that Turkey has specifically noted the presence of the Kurdistan Workers' Party (PKK) and People's Protection Forces (YPG), which Ankara considers terrorist organisations in the Nordic countries. Erdogan further accused the Nordic nations of "promoting terrorism" in Turkey by providing substantial financial and military assistance to the PKK, the YPG, and other terrorist organizations. Meanwhile, NATO Secretary-General Jens Stoltenberg has hailed Sweden and Finland's membership bids, and also stressed that Turkey's concerns would be fully addressed.