Erdogan will address the issue of arms allegedly supplied by Sweden & Finland to terrorist organisation PKK/YPG/PYD, including evidence of political support. 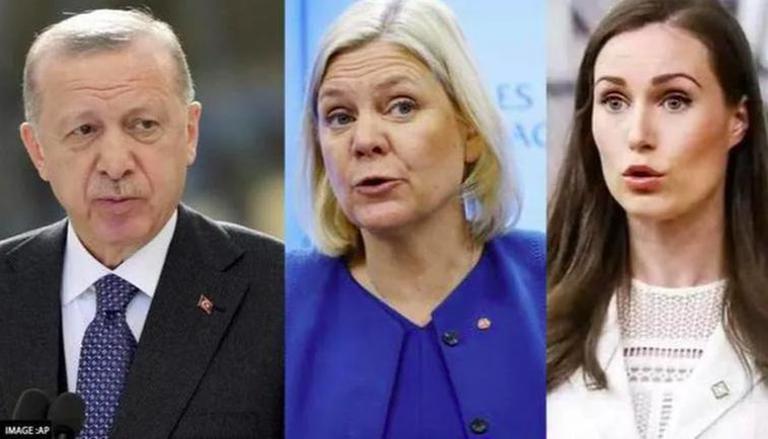 
Turkey's President Recep Tayyip Erdogan will present "special documents" and files at the NATO Leaders Summit to be held in Madrid, the capital of Spain, at the end of this month. Erdogan had been insisting that NATO must take steps to address Ankara’s “legitimate” concerns over the NATO bids of Finland and Sweden.

Turkey’s Communications Directorate, this week, said that Erdogan informed NATO Secretary-General Jens Stoltenberg during a telephonic conversation that there would be no progress for both Finland and Sweden's NATO bid unless “concrete steps”  are taken that will meet Turkey’s “rightful expectations”. Documents sent by Sweden, Foreign Minister Mevlut Cavusoglu, did not meet Ankara's expectations.

In the file that Erdogan plans to carry to the summit, he will address the issue of the weapons supplied by Sweden and Finland to the terrorist organization PKK/YPG/PYD, including the evidence of financial and political support. Turkey has also recently seized Swedish-made 84-caliber AT-4 anti-tank guns with a range of 200-1000 meters in Syria. He is expected to underscore that the "alliance" cannot be established while this hostile attitude continues toward Ankara. Weapons supplied by the two nordic nations have reemerged the prominence of members of the Fetullah Terrorist Organization (FETO) and PKK, Turkey is expected to tell NATO.

NATO Secretary-General Jens Stoltenberg had earlier labelled Turkey's concerns about terrorism and other issues “legitimate” as Ankara registered objection to Sweden and Finland's NATO bid. Turkey has been accusing Finland and Sweden of supporting Kurdish militants PKK, saying that it will not support the two Nordic nations joining NATO until they change their policies and extradite the terrorists that led the coup against the ruling Erdogan's administration.

Stoltenberg stated that Turkey's concerns are being taken seriously as “no other NATO ally has suffered more terrorist attacks than Turkey." He also pointed at its strategic geographic location with neighbours like Iraq and Syria that have made borders vulnerable. “When a vital key ally as Turkey raises concerns on terrorism then, of course, we have to sit down and take them seriously. And that's exactly what we do,” Stoltenberg said.

“These are legitimate concerns. This is about terrorism, it's about weapons exports,” Stoltenberg said. “We have to address the security concerns of all allies, including Turkish concerns about the terrorist group PKK," the NATO chief added while speaking from Finland's presidential summer residence Kultaranta. The NATO head also stated that Sweden and Finland are both making “clear assurances and commitments” to Ankara’s security. “NATO remains vigilant. And we have increased our presence in the region, including with more exercises,” he informed, condemning Russia's aggressive actions in Ukraine.