Typhoon Kompasu, also known as Maring in the Philippines, ravaged the island of Luzon, situated in the northern region, destroying more than 300 houses. 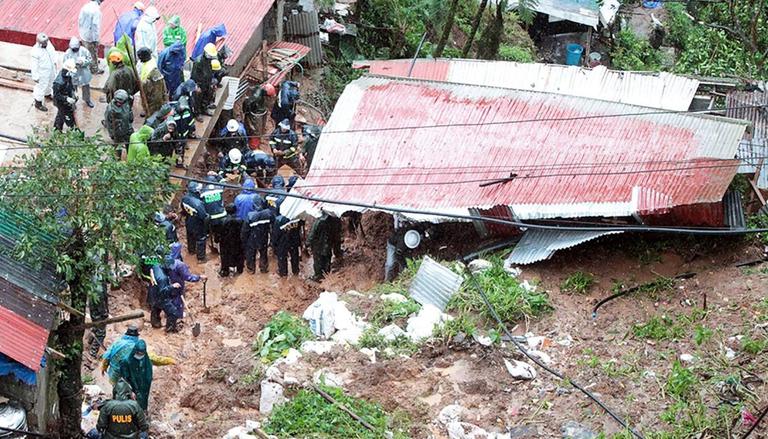 
After the devastating typhoon hit the Northern Philippines, as many as 19 people died and 13 are still missing. Typhoon Kompasu, also known as Maring in the Philippines, ravaged the island of Luzon, situated in the northern region. As a result, more than 300 houses were also damaged.

Typhoon Kompasu has affected more than 50,000 households or over 2 lakh people residing in the northern region. The extremely strong tropical storms have also destroyed more than 80 houses beyond repair, reported CNN Philippines, citing the National Disaster Risk Reduction and Management Council. Meanwhile, rescue operations are being carried out in affected areas and security personnel in large numbers have been deployed across various points.

As per the local authority, the search operation is also going on and the death toll is likely to rise because of the incessant rainfall in the region. So far, rescuers have evacuated more than ten thousand residents in the northern region. However, the typhoon has left the territory of the Philippines and moved towards Hong Kong. The weather department has issued an alert warning for the people stepping outside their houses. Notably, Kompasu is the 13th tropical cyclone of the year that has lashed the Philippines. According to the Philippine weather department, nearly 20 typhoons hit the country each year, and northern Luzon and the eastern Visayas are the most affected regions.

From the Philippines, the Kompasu typhoon has headed towards Hong Kong where it has already caused much damage. On Wednesday, a 31-year old man was killed due to heavy storms on the road. The man was driving a motorcycle when he lost control over the vehicle and hit a lamp post. Meanwhile, Hong Kong has also reported 11 death cases and several missing after the tropical cyclone entered the city before heading off to China's island of Hainan.