As Taliban co-founder Mullah Abdul Ghani Baradar gears to form new government in Afghanistan, top leaders of the United Arab Emirates are on way to the Kabul 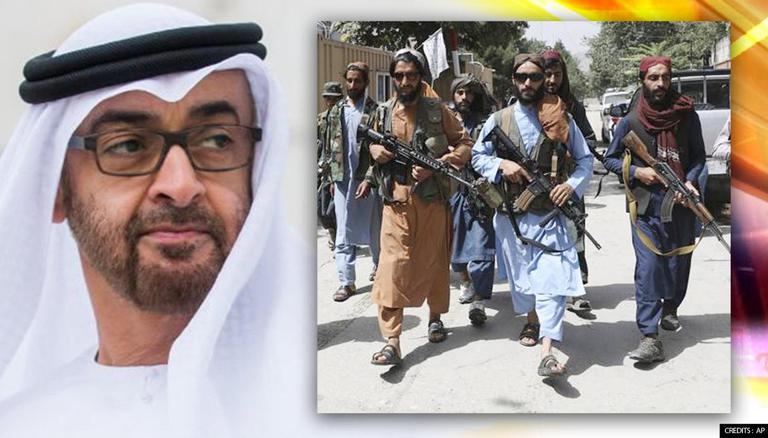 
As Taliban co-founder Mullah Abdul Ghani Baradar gears to form the new government in Afghanistan, top leaders of the United Arab Emirates are on the way to Kabul to meet top Talibani leadership. This will be the first international flight that will be landing at Kabul airport after the exit of the United States from war-torn Afghanistan. Incidentally, ex-Afghan President Asraf Ghani has taken refuge in Abu Dhabi, UAE's capital after Tajikistan had denied permission to his plane to land there.

UAE leadership to arrive in Kabul

UAE has agreed to host 5,000 Afghan nationals to be evacuated from their country for 10 days on their way to a third country, on the US' request. Moreover, UAE has been part of the talks with the peace talks in Doha along with US, India, Pakistan, Afghanistan, and the Taliban. Meanwhile, international reports claimed that Baradar will lead a new Afghan government set to be announced shortly, as per Taliban sources amid the terror group's battle for the Panjshir province. While the Taliban has urged the alliance to 'surrender peacefully', it has cut off the province's electricity and internet and laid a siege by blowing up bridges connecting the province. The Northern Resistance has often claimed massive Taliban casualties, vowing to keep the 'Panjshir hope' alive.

On Thursday, Taliban took out a victory parade in showcasing their weapons, advanced military equipment, explosives, vehicles, and helicopters -  most of which were either seized from the Afghan troops, the US military or procured from affiliated terrorist organizations. In a show of strength to the world from an undisclosed location, the parade was led by Taliban’s suicide bombers exhibiting car bombs, barrel bombs, vest explosives, mines, and other advanced weapons. The parade was broadcasted on Afghanistan's national television, which has been taken over by the terror group.

The Taliban took over Kabul on August 15 after major cities like Kandahar, Herat, Mazar-e-Sharif, Jalalabad and Lashkar Gah fell without resistance as US troops retreat after 20 years from war-torn Afghanistan. The hasty withdrawal of the US troops saw thousands of people attempting to flee from Afghanistan with several clinging to a departing US plane's wheels, leading to them falling to their deaths.  The Taliban which is now in talks with ex-Presidents Hamid Karzai and Abdullah Abdullah for a 'peaceful power transition', will announce the new government formation soon as its Supreme leader Hibatullah Akhundzada arrived in Kabul.

With US completing the evacuation of its nationals and leaving Kabul on August 31, US President Joe Biden has defended the troops' withdrawal, blaming Afghan govt and troops of not putting up a fight. While ex-President Ashraf Ghani has fled to UAE, his vice-president - Amrullah Saleh has annointed himself as 'legitimate caretaker President' of Afghanistan and is reportedly in the Panjshir province, resisting the Taliban. India has formally met the Taliban's representative in Doha and is reportedly in talks regarding evacuations, cross-border terrorism as Indians continue to be evacuated from Kabul.