A day after several Ukraine government websites came under the attack of hackers, NATO on Saturday condemned the attack and asserted to work with Kyiv. 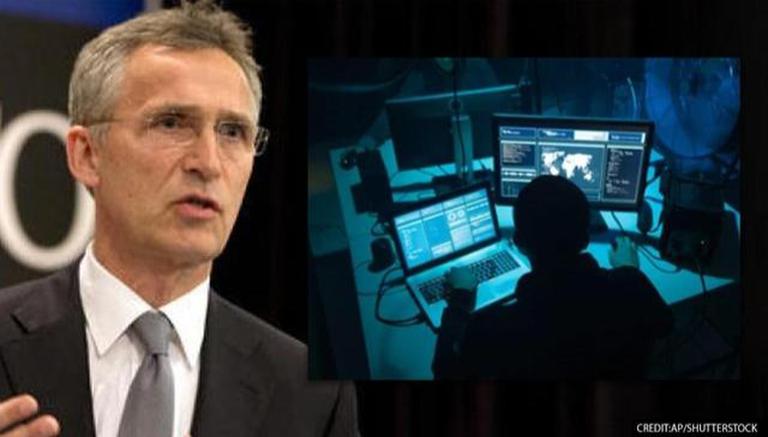 
A day after several Ukraine government websites came under the attack of hackers, NATO on Saturday condemned the attack and asserted to work with Kyiv. While condemning the attack, North Atlantic Treaty Organization (NATO) Secretary-General Jens Stoltenberg said that the organisation will sign an agreement to enhance cyber cooperation in the coming days. "I strongly condemn the cyber attacks on the Ukrainian Government," the NATO chief said in a statement on Saturday. Besides, Stoltenberg also asserted to continue its political and practical support to Ukraine.

"In the coming days, NATO and Ukraine will sign an agreement on enhanced cyber cooperation, including Ukrainian access to NATO's malware information sharing platform. NATO's strong political and practical support for Ukraine will continue," the statement read.

I strongly condemn the cyber attacks on the Ukrainian Government. #NATO has worked closely with #Ukraine for years to help boost its cyber defences. NATO & Ukraine will step up cyber cooperation & we will continue our strong political & practical support.https://t.co/19DPZQgA38

Further, the NATO chief assured extending its close cooperation between NATO and Ukraine in the field of cyber defence. "NATO has worked closely with Ukraine for years to help boost its cyber defences. NATO cyber experts in Brussels have been exchanging information with their Ukrainian counterparts on the current malicious cyber activities. Allied experts in the country are also supporting the Ukrainian authorities on the ground," the statement read.

On Friday, a number of Ukrainian government websites came under attack, Ukrainian officials confirmed just an hour after the cyberattack. Though the officials did not name Russia directly but added, "there is a long record of Russian cyber assaults against Ukraine in the past." The websites contained a message in Ukrainian, Russian and Polish, saying that Ukrainians’ personal data has been leaked into the public domain. "Be afraid and expect the worst. This is for your past, present and future," the message read, in part.

It is worth mentioning the attack came amid soaring tensions between Russia, Ukraine, the United States and other Western countries. According to US intelligence reports, over one lakh Russian troops are pressed near the Ukraine border by President Vladimir Putin and the forces have reportedly made all preparations to "invade Ukraine" this year-- a report that Putin denied on multiple occasions. While speaking to Atlantic Council think tank in Washington, head of the Ukrainian president’s office, Andriy Yermak, said that his office already has a proposal to President Joe Biden, his Russian counterpart Vladimir Putin and President Zelensky. According to Yermak, the mode of the trilateral meeting is not yet decided but asserted possibilities that the meeting would be held virtually. "We are still waiting for the reaction on this, I think, from the Russian side. But our American partners take our proposal with some interest," he told the Atlantic Council.

READ | Russia could invade Ukraine within a month, US intel says after dramatic cyber attack

WE RECOMMEND
Russia notes no progress on talks with US over Ukraine, NATO
Explained: Why is US reluctant to accept Russia’s NATO-related security proposals?
Ukraine Defence Chief says 'will defend country against Russia until last drop of blood'
'NATO not ensuring security in Europe, no reason for it to exist': Top Russian Diplomat
Russia could invade Ukraine within a month, US intel says after dramatic cyber attack