The global organisation along with its partners reported that 23,800 people received winterization assistance across 32 out of Afghanistan’s total 34 provinces. 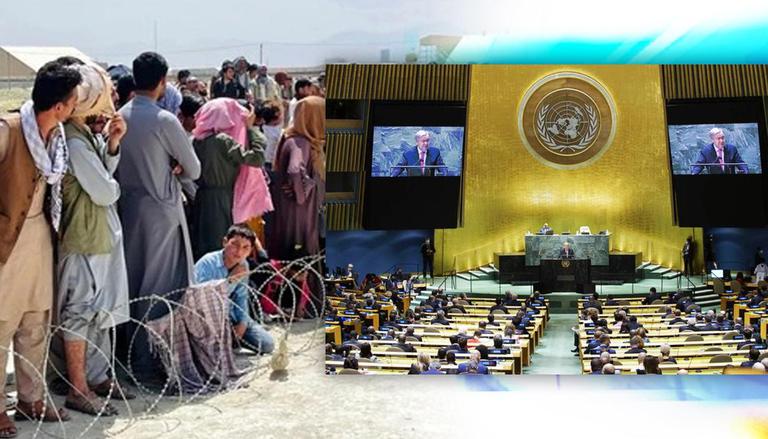 
Noting that temperatures in Afghanistan have already dipped below the freezing point, the United Nations and its partners distributed winter clothing, emergency shelter, heating and fuel to assist tens of thousands of people in Afghanistan. UN Office for the Coordination of Humanitarian Affairs (OCHA) said on Tuesday that in the previous years the cases of hypothermia, acute respiratory infections and death associated with cold started to increase in November.

The global organisation along with its partners reported that 23,800 people received winterization assistance across 32 out of Afghanistan’s total 34 provinces. The aid was provided between 1 September and 15 November, said the OHCA. The heating or fuel assistance and winter clothing were provided through cash modalities and in-kind blanket distributions as some of the temperatures plunged below zero degrees Celsius.

The office said in a statement, “OCHA reports that in Afghanistan, temperatures have already dipped below zero. People are in of need winter clothing, emergency shelter, heating and fuel, and rental support.”

“Previous-year trends indicate that in November, cases of hypothermia, acute respiratory infections and death directly and indirectly associated with cold start to increase,” it added.

32,200 people in Kunar got winter assistance

Additionally, as of 29 November, the OCHA said in a statement that the United Nations “has completed distribution of winterization assistance to 32,200 people in Kunar, Nangarhar and Nuristan provinces, and partners are also responding." On Monday, the UN also launched the distribution of winterization cash assistance in Afghanistan’s Jawzjan Province. The humanitarian office noted that the distribution covered 1,750 people who will be receiving AFN26,000 per family.

“The distribution covers 1,750 people who will receive AFN26,000 per family, with a focus on internally displaced and drought-affected people, returnees, vulnerable host communities, female- and child-headed households, the elderly, and people with disabilities,” the OCHA said. "The 2021 Afghanistan Flash Appeal, seeking US$606 million, is 112 per cent funded ($677 million), while the Humanitarian Response Plan, seeking $869 million, is 84 per cent funded ($729 million),” it added.