Senior UN official Ramiz Alakbarov stated that continuous talks with the Taliban are still the best option to resolve ongoing challenges in Afghanistan. 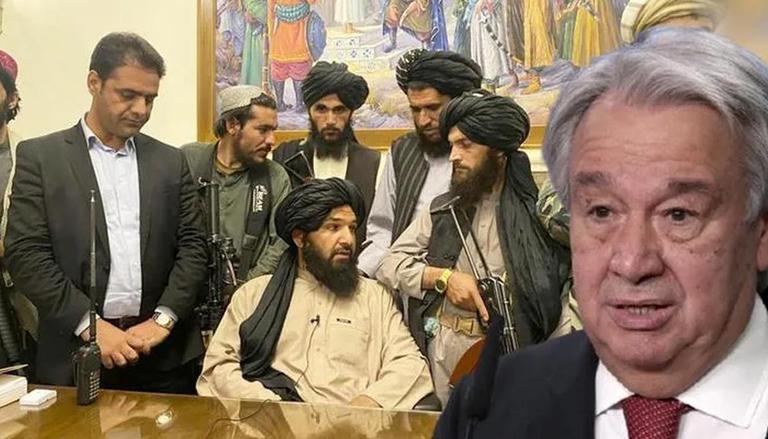 
A top UN official stated Afghanistan is currently dealing with a number of crises in addition to this week's tragic earthquake, and that continuous deliberations with the Taliban are the "only way forward" to resolve ongoing challenges in the South Asian country.  A report on the earthquake was also presented by Ramiz Alakbarov, Acting Special Representative at the UN's Mission in Afghanistan (UNAMA), citing statistics that showed more than 1,400 injured and nearly 1000 confirmed fatalities.

"We firmly continue to believe that a strategy of continued engagement and dialogue remains to be the only way forward for the sake of the Afghan people, as well as for the sake of regional and international security," Alakbarov stated, noting that the human rights situation still remains fragile in Afghanistan since Taliban's takeover last year in August. According to UNAMA, it continues to receive credible reports of executions, mistreatment, and other violations allegedly targeting people linked to the previous administration, despite the approval of a general amnesty and repeated promises from Taliban officials that it is being respected.

.@RamizAlakbarov: "We firmly continue to believe that a strategy of continued engagement and dialogue remains the only way forward for the sake of the #Afghan people, as well as for regional and international security." https://t.co/5DwZYRiPNu

Alakbarov claimed that credible allegations of violations have also been reported against people who have allegedly been associated with the National Resistance Front (NRF) and the terrorist group ISIL-KP. "The de facto authorities have increasingly restricted the exercise of basic human rights, such as freedom of peaceful assembly, freedom of opinion and expression, quelling dissent and restricting civic space in the country," he added. Alakbarov also pointed out that certain limitations specifically target women and girls in the country, such as the ban on females attending secondary education and the rule requiring women to hide their faces.

It is pertinent to mention here that Afghanistan is still extremely susceptible to upcoming geopolitical and climatic shocks. Vulnerabilities are being further compounded by drought, floods, earthquakes and disease outbreaks that affect both people and livestock. Speaking about the humanitarian response, Alakbarov emphasised how aid partners have assisted as many as 20 million Afghans between January and April of this year alone, including close to 250,000 returnees and about 95,000 victims of floods and other weather-related disasters. He further stated that over 190 aid organisations are active in war-torn Afghanistan, where 19 million people, nearly half the country's population, are still experiencing food insecurity.