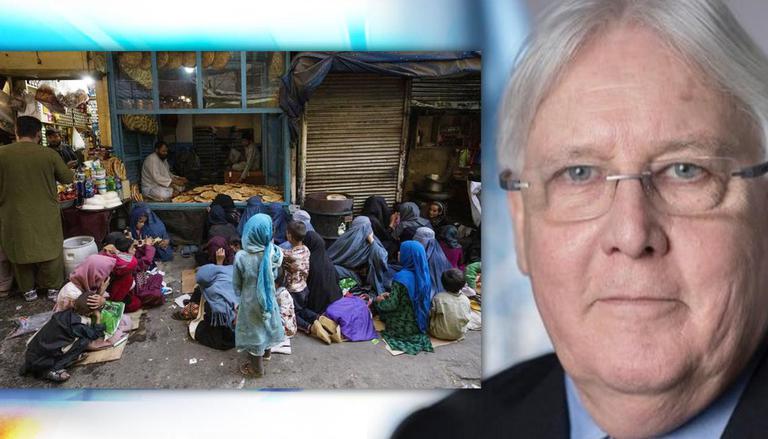 
As Afghanistan is facing a humanitarian catastrophe due to the crumbling medical management after Taliban takeover, the United Nations Central Emergency Relief Fund (UN CERF) has released life-saving support worth $45 million to help prevent the healthcare system of the war-torn country from "collapsing". The announcement was made by the UN CERF Coordinator Martin Griffith who said Afghanistan's medical system is in its "lowest worst".

Griffith said, "Medicines…supplies and fuel are running...Cold chains are compromised. Essential health-care workers are not being paid." "Allowing Afghanistan’s health-care delivery system to fall apart would be disastrous. People across the country would be denied access to primary health care such as emergency caesarian sections and trauma care," he added. Later, in a tweet, Griffith said that Afghanistan will not be abandoned at the time of humanitarian crisis.

We will not abandon the people of #Afghanistan 🇦🇫
The humanitarian community is committed to #StayAndDeliver.
Help us deliver the urgently needed aid.
You can donate here 👉 https://t.co/k5VUK4bgfg pic.twitter.com/iLMYusIZCH

He asserted that the UN is determined to stand by the peope in their hour of need. "The funding will go to WHO and UNICEF and - working through national and international NGOs - will keep health-care facilities, including hospitals treating COVID-19 patients, operating until the end of the year," he said. Meanwhile, WHO Director-General Dr. Tedros Adhanom Ghebreyesus appreciated UNCERF's step to mitigate the hunger crisis in the war-torn nation.

95 percent families hit by hunger in Afghanistan: WHO

Afghanistan’s health system is on the brink of collapse, Dr. Tedros said on Wednesday during his visit to Kabul. He noted that the Afghan families are suffering acute from hunger in urban areas and the drought-stricken rural parts of the country. Talking about the cause of the failed medical system, Dr. Tedros said in a statement from Kabul that international funding cuts had forced health providers to decide “who to save and who to let die”

.@DrTedros and @WHOEMRO's Dr Ahmed Al-Mandhari concluded their visit to Kabul. #Afghanistan’s health system is on the brink of collapse. Unless urgent action is taken, the country faces an imminent humanitarian catastrophe 👉 https://t.co/G3mFGQDfzv #StayAndDeliver pic.twitter.com/Ea3bTzkbyt

Afghanistan is grappling with a high risk of several health care failures, including a shortage of medicines and a spike in COVID-19 infections. “This breakdown in health services is having a rippling effect on the availability of basic and essential health care, as well as on emergency response, polio eradication, and COVID-19 vaccination efforts,” Tedros said. He also noted that 9 of 37 COVID-19 hospitals have already closed, and the country’s COVID-19 response has dropped off -- from surveillance to testing and vaccination.

Besides health care, the country has failed to solve the frayed women's rights, education, and employment issues, which has led to a severe hunger crisis. According to recent surveys conducted by World Food Programme (WPF), only 5 percent of households in Afghanistan have enough to eat every day. The situation in Afghanistan has been deteriorating since the Taliban formed its all-male interim government, following which the federal governments and assistance organisations refused to recognise its legitimacy.