Police have surrounded suspects in the assassination of President Jovenel Moise on Thursday, July 8, according to the UN envoy to Haiti. 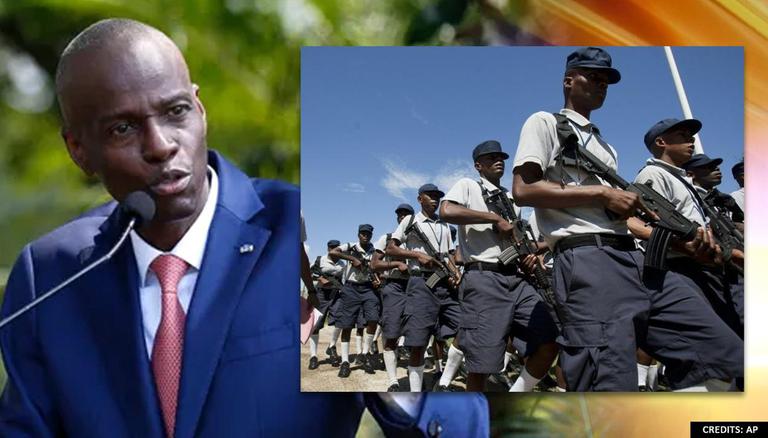 
The UN envoy to Haiti announced that police have surrounded suspects in the death of President Jovenel Moise on Thursday, July 8. The police had previously stated that they had captured two suspected members who were allegedly responsible for Moise's death.  Moise, 53, was assassinated after assailants rushed his home, despite Haiti's police and army moving immediately to stop them.

UN envoy to Haiti on suspects

Helen La Lime, the UN envoy to Haiti, said that he is aware that a larger group of probable perpetrators has taken refuge in two buildings in the city, and they are currently surrounded by police. During the confrontation, security personnel are said to have killed four suspects, arrested two others, and released two cops who had been kidnapped.  Following the event, the Dominican Republic closed its border with Haiti, with a special meeting of the United Nations Security Council scheduled to discuss Haiti's situation.

According to reports, Haitian police have been scouring the region for other gunmen after shooting or apprehending at least six "mercenaries." In the midst of the country's stressful circumstances, security personnel have been roving the country's capital, Port-au-Prince, with shops and business establishments closed.

The airport in Port-au-Prince was closed as security personnel engaged in gunfire with suspected terrorists.  The motive for the assassination remains unknown, as is the identity of the perpetrator.  Moise was sworn in as president in February 2017, but his time was marred by controversy as he sought to rule through decrees after elections scheduled for 2018 were postponed.

Unverified videos show anonymous criminals break into Mose's home around 1 am local time, posing as US Drug Enforcement Administration (DEA) officials. They were ranting in both Spanish and English, according to witnesses. The gunmen opened fire on the President's home in Pout-au-Prince, killing him and wounding his wife Martine Moïse. According to local reports, four 'mercenaries' have been shot dead so far, and two have been captured by Haitian police. The administration proclaimed a two-week state of emergency on Wednesday morning. In addition, the Dominican Republic has declared the closure of its borders and the suspension of international flights from its neighbour.

READ | Pope, from hospital, sends condolences to Haiti after attack