UN's Martin Griffiths said, “The humanitarian situation in Myanmar is deteriorating” and this figure will only climb until the violence is stopped 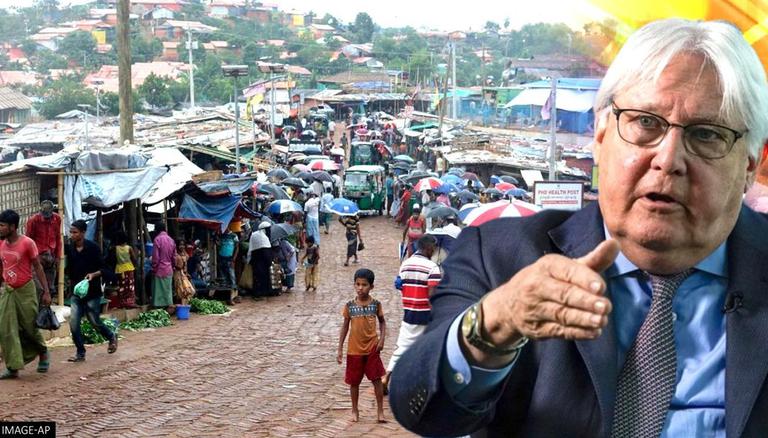 
The United Nations Undersecretary-General for Humanitarian Affairs and Emergency Relief Coordinator, Martin Griffiths on Monday, 8 November raised serious concern over the worsening condition of the citizens in Myanmar, leading towards humanitarian catastrophe. Griffiths said the growing violence, instability, COVID-19 pandemic and collapsing economy have pushed nearly three million Burmese to edge as they require life-saving humanitarian relief to survive in Myanmar. In a statement the chief of the humanitarian affairs said, “The humanitarian situation in Myanmar is deteriorating” and this figure will only climb until the violence is stopped and Myanmar's conflict is resolved peacefully, as per a UN report.

I’m concerned about the increase in violence in Myanmar & rising need.

Since Feb., hundreds of thousands of people have been forced to flee their homes due to violence & 223,000 remain internally displaced.

We need an end to violence, improved access & a peaceful resolution.

Millions of citizens in Myanmar were forced to abandon their houses and properties as a result of brutal crackdowns across the nation since the military takeover on 1 February. During that time, nearly 223,000 Burmese were internally displaced within the nation, comprising 165,000 individuals in southeast Myanmar, in addition to those who had already been displaced before the military takeover in Rakhine, Chin, Shan, and Kachin provinces.

Griffiths highlighted that “long-term displacement remains unresolved" in Myanmar with nearly 144,000 Rohingya individuals still staying in camps in Rakhine since their relocation in the year 2012. He informed that over 105,000 displaced people have been residing in Kachin and Shan for several years. “I am also increasingly concerned about reports of rising levels of food insecurity in and around urban areas, including in Yangon and Mandalay,” he said.

READ | About 37,000 people displaced in Myanmar’s northwest, many have fled into India: UN spokesperson

Speaking about a surge in conflicts between the Myanmar Armed Forces, the Chinland Defense Force and the People's Defense Forces in Magway and Sagaing areas, Griffiths stated that the scenario in the northwest has grown very worrying in recent weeks as over 37,000 people, including women and children have been displaced. Also, more than 160 residences, including churches and the headquarters of a humanitarian organisation, were burned during the violence.

Griffith further emphasised that assaults against people and civilian buildings, including relief groups and institutions, are "clearly prohibited under international humanitarian law" and needed to be stopped immediately. Meanwhile, this year, humanitarian relief workers have supported over 1.67 million people in Myanmar, providing them with food, cash, and nutritional aid. Even though the relief workers are willing to do more, they are unable to proceed due to entry restrictions and a lack of additional resources, as per a UN report.

READ | US stands by people of Myanmar as nation fights to restore Democracy, says Antony Blinken

In addition, The Humanitarian Response Plan and Interim Emergency Response Plan, which were created after the armed military forces took over, have obtained less than half of the $385 million requested. Griffiths further urged all parties involved in the conflict to “fully respect their obligations” under human rights and international humanitarian law to protect people and enable humanitarian assistance to be supplied.