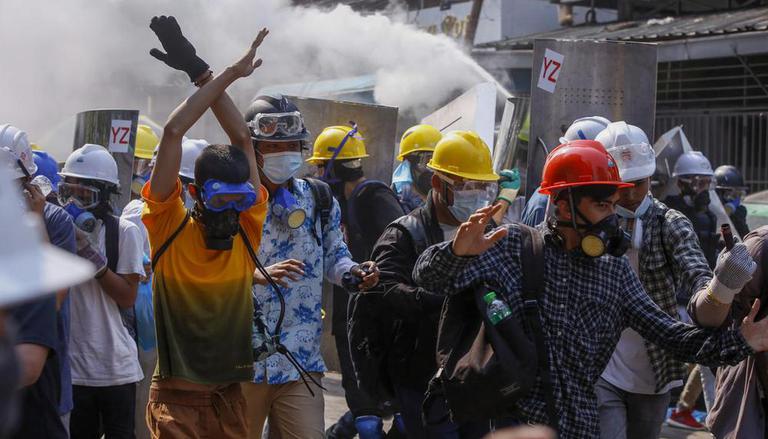 
Myanmar is facing a humanitarian crisis with about three million people requiring assistance, the UN Office for Coordination of Humanitarian Affairs (UNOCHA) said on Monday. In its latest report, the international agency further detailed that an additional two million needy residents have been identified following the February 1 coup d'etat which ousted the country’s democratically elected government. Additionally, the coronavirus has also exacerbated the crisis, sickening 459,436 people and claiming lives of 17,583 people and “It is likely that the numbers are higher due to low testing capacity in-country”.

The country's 2021 Humanitarian Response Plan is only 47% funded.

As per the UNOCHA, the most "vulnerable" families reside in urban and peri urban areas, mainly in the cities of Yangon and Mandalay. Notably, scores of civilians have lost their lives in Myanmar’s largest city Yangon, which witnessed the decade’s biggest protests back in February. People living in the south eastern and western part of the country have been equally affected.

The country of nearly 55 lakh residents has also been widely affected by internal displacements and migrations pertaining to the violence that has shadowed the country since February. As per the report, 2,20,000 people have been internally displaced with states of Kachin, Shan, Chin, Kayah and Kayin states being most affected. It also highlighted that exodus has risen in the rakhine state, which is already battered with the Rohnigya Refugee crisis.

Despite the challenges, humanitarian response continues, the UNOCHA said. "For example, since May, the World Food Programme has supported more than 800,000 vulnerable people in its large-scale urban food response in Yangon peri-urban areas," it said. Calling for financial aid from international communities, it said that the country's 2021 Humanitarian Response Plan is only 47 per cent funded and still has a deficit of US $146 million.

What is happening in Myanmar?

On February 1, Myanmar’s military took steps to undermine the country's democratic transition, including the arrest of the nation's de facto leader Aung San Suu Kyi and a few other civilian officials in Burma. The Myanmar Army has said that it carried out the detentions in response to fraud in last November’s general election that Suu Kyi’s National League for Democracy (NLD) secured a landslide victory. Senior General Min Aung Hlaing is now in control of the country and a state of emergency has been imposed for one year.