UNHCR said that in two separate operations on Tuesday night, 357 people were brought back to Tripoli and Zawiya from a boat that was stranded off Libya's coast. 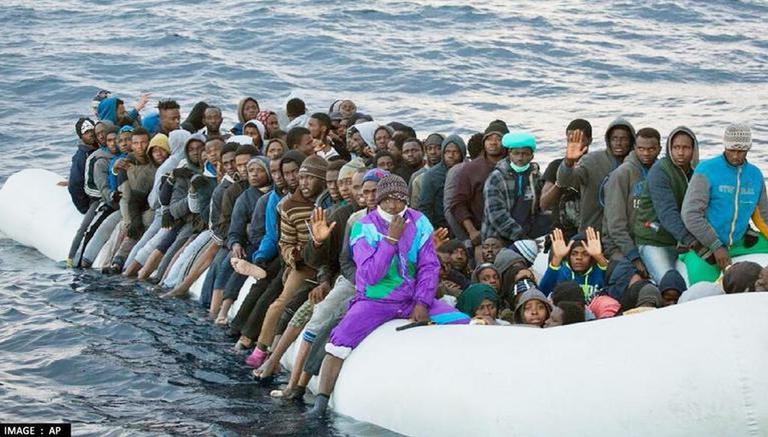 
Nearly 357 illegal migrants have been rescued and repatriated to Libya, the United Nations High Commissioner for Refugees (UNHCR) announced on Wednesday. UNHCR revealed in a Tweet that during two separate operations which took place on Tuesday night, 357 people were brought back to Tripoli and Zawiya. It is stated that 90 individuals were returned to the capital city Tripoli, while, around 267 illegal immigrants were sent back to Zawiya.

The rescued immigrants who are brought back to Libya comprises 54 women and 22 children, UNHCR informed. The UN refugee agency further said that the boat, which had 90 people on board, was in difficulties at the Mediterranean Sea for two days before returning to Tripoli. All survivors received medical support and assistance from the UNHCR along with its medical collaborator, the International Rescue Committee (IRC).

🚨 357 persons were returned last night to Tripoli (90) & to Zawiya (267) in 2 separate operations.
54 women & 22 children among them.
The boat returned to Tripoli with 90 on board was in distress at sea for 2 days.
UNHCR & IRC provided medical aid & assistance to all survivors. pic.twitter.com/wn1rky3Es7

Furthermore, the UNHCR had announced the rescue of 91 undocumented immigrants from Libya's western coast on September 30. A total of 91 illegal migrants were brought back to Tripoli on Wednesday night, as per the UNHCR, after spending two days at sea aboard a rubber boat with little provisions. The majority of the undocumented migrants were from Ethiopia and Eritrea, among other countries.

The UNHCR and IRC had supplied the migrants with humanitarian aid and medical assistance. There were 12 women and four children among the 91 persons, according to the UNHCR. So far this year, the UNHCR reports that over 28,000 illegal immigrants were rescued and repatriated to Libya.

Meanwhile, on October 29, Friday, the International Organization for Migration (IOM) stated that 140 illegal Bangladeshi immigrants had been returned to their homeland from Libya. According to an IOM statement, the Bangladeshi immigrants were helped to travel back to Bangladesh from the Libyan city of Benghazi on Thursday as the IOM's Voluntary Humanitarian Return (VHR) programme was resumed in the country.

The undocumented immigrants travelled back to their homeland on a VHR plane that departed from the city. In a statement, the International Organization for Migration (IOM) also reported that nine Bangladeshi migrants faced medical issues.

Given the turmoil and instability that has afflicted Libya since the collapse of late leader Muammar Gaddafi's rule in 2011, most illegal immigrants, especially Africans, opt to cross the Mediterranean Sea to European coastlines. In spite of repeated international requests for the immigrant facilities to be closed, rescued refugees were kept in overcrowded detention centres across Libya.