The China-sponsored resolution on the negative impact of the legacies of colonialism on the enjoyment of human rights was adopted by a vote of 27 in favour. 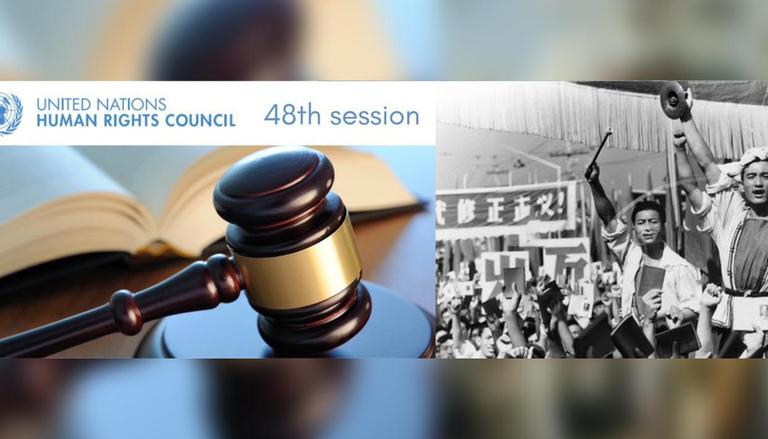 
The United Nations Human Rights Council (UNHRC) endorsed four resolutions during its 48th session held on Friday. The resolutions were adopted on early and forced marriage on children in times of crisis including the COVID pandemic and other issues like promotion of democratic and equitable international order, questions on the death penalty, and negative impact of the legacies of colonialism on human rights.

As per UNHRC, the China-sponsored resolution on the negative impact of the legacies of colonialism on the enjoyment of human rights was adopted by a vote of 27 in favour, none against, and 20 abstentions as orally revised.

The decision came after Chinese Ambassador Chen Xu and a group of countries expressed grave worry about the existence of systematic racism, racial discrimination, and rising hate crimes in some countries. The resolution called for the Member States, relevant United Nations (UN) bodies and other relevant stakeholders 'to take concrete steps to address' the negative impact of colonialism's legacies in the enjoyment of human rights.

As per the resolution guided by the Charter, the UNHRC recalled the Universal Declaration of Human Rights, which stated that all humans are born free with equal dignity and rights.

It also reaffirmed that the existence of colonialism in any form or manifestation, including economic exploitation, is 'incompatible' with the Charter, the Declaration in the Granting of Independence to Colonial Countries, and the Universal Declaration of Human Rights.

The UN body in its resolution also acknowledged and regretted that measures to eliminate colonialism by 2020 'have not been successful' and called on UN organisations, all Member States and other government and non-government organisations to 'actively support' and participate in the implementation of the plan of action for the Fourth International Decade for the Eradication of Colonialism.

UNHRC to 'discuss a way forward' in next session

Lastly, the resolution also stressed the role of the Human Rights Council in promoting universal respect for Human Rights and fundamental freedoms for all, in a fair and equal manner. Adopted on the last day of the session, the UN body has also decided to convene a panel next year at its 51st session to identify challenges in addressing the negative impacts and "discuss a way forward."

In the concluding remarks, the resolution urged the concerned organisations to prepare a summary report and provide all resources necessary for the services and facilities for the above-mentioned panel discussion.