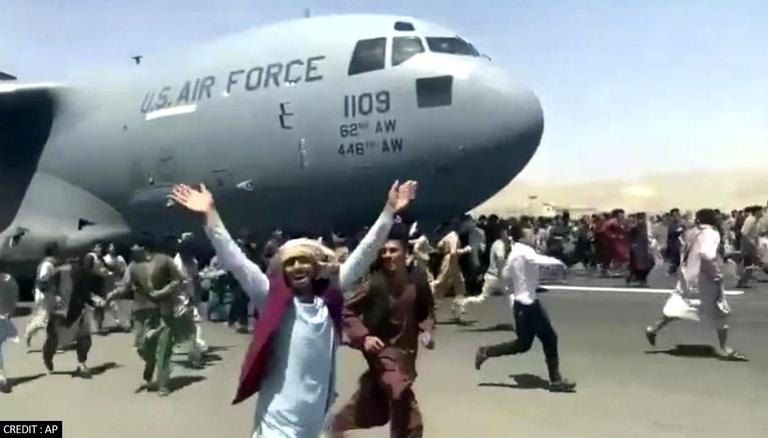 
In a key revelation on the plight of Afghanistan on September 7, the United Nations Children’s Fund (UNICEF) stated that hundreds of children have been separated from their families amidst chaotic conditions, including large-scale evacuations in and around the Hamid Karzai International Airport in Kabul.

“UNICEF and our partners have registered approximately 300 unaccompanied and separated children evacuated from Afghanistan. We expect this number to rise through ongoing identification efforts. These children must have been to suddenly find themselves without their families as the crisis at the airport unfolded or as they were whisked away on an evacuation flight," an official press release read.

“UNICEF is deeply concerned about welfare of unaccompanied/separated children'

UNICEF further said that some of the separated children were evacuated on flights to Germany, Qatar and other countries. Pursuant to this, UNICEF said,

READ | 'US working on charter flights for its citizens stranded in Afghanistan': Antony Blinken

"They are among the most vulnerable children in the world. During tracing and reunification processes, children should be provided with safe, temporary alternative care, preferably with extended family members or in a family-based setting."

“Governments of countries where unaccompanied and separated children have family members should cooperate and facilitate reunification and safe, legal migration pathways for these children if it is in the child’s best interest. The definition of family members should be sufficiently broad to place unaccompanied children safely with relatives who will care for them," UNICEF stated.

It is vital that the separated wards are quickly identified and kept safe during family tracing and reunification processes. All parties must prioritise the best interests of the child and protect children from abuse, neglect and violence. Placement within institutional care arrangements should be a last resort and only temporary.

The UN agency affirmed it has been providing technical support to governments who aided in evacuating children and those hosting them.

"Right now, our teams are on the ground at the Doha air base in Qatar and the Ramstein air base in Germany, working with authorities and our partners to register unaccompanied children, provide them with appropriate care and protection, and support tracing to bring them back together with their families," UNICEF stated.

In Afghanistan, more than 550,000 people have been displaced by the Taliban-infused clashes, and 10 million children are in urgent need of humanitarian assistance. The grim assessment by the UN body's office compelled the international community to come to the fore and acknowledge the complexities inflicted upon the lives of innocent Afghanistan nationals.

“Now and in the days to come, it is imperative that all parties and the international community join us in prioritizing the wellbeing of children inside Afghanistan as well as those who have been evacuated,” UNICEF further said.