Schools in Haiti are increasingly at mercy of gangs with children in urban areas becoming a target for abduction, robbery and ransom, UNICEF warned. 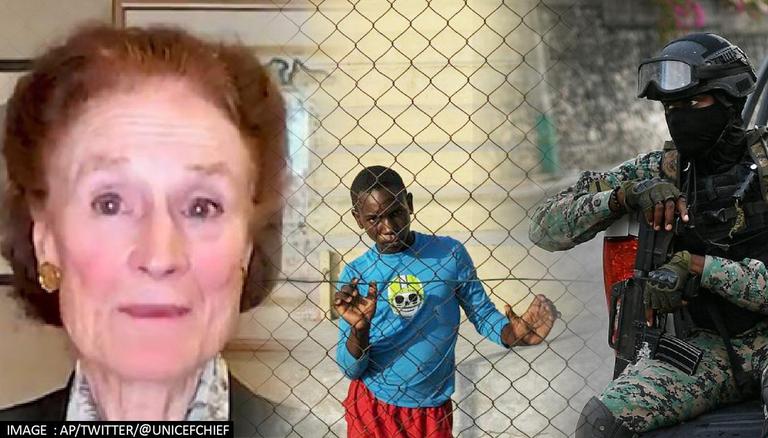 
Schools in Haiti are increasingly at mercy of gangs with children in urban areas becoming a targets for abduction, robbery and ransom, the United Nations Children's Fund warned on Tuesday. Since the beginning of the school year in September, at least seven schools in and around Port-au-Prince, the capital of Haiti, paid armed gangs in return for security, the agency said, adding that apart from this education institutions have been also been threatened in the past two months.

The UNICEF warning comes weeks after an armed gang, 400 Mawozo, earlier threatened to kill the group of 17 missionaries and children abducted few weeks ago. As per reports, the gang released a video demanding a ransom of $1 million per person, failing to meet which would cost the lives of the victims. The youngest among the kidnapped was a child aged 8 months old.

Temples of knowledge turned into theatres of violence

Events in the last week also included the killing of a parent and severe injury of a girl in school. Apart from this, there was also a report of robbing a teacher at gunpoint. Such incidents exemplified the severity of the situation in Port-au-Prince, which comes under attack when they refuse to pay a ransom, UNICEF regional director for Latin America and the Caribbean, Jean Gough said in a statement.

"Across the capital city, more and more fear at school means less and less learning. Gangs are rapidly turning temples of knowledge into theatres of violence,” Jean Gough said.

More than half a million children in Haiti are out of school already for a "multitude" of reasons apart from violence. The reasons include high education costs, lack of support for the vulnerable and poor but the most important of them remains rapidly increasing gang violence in school premises and ransom-related kidnappings. "Before this new wave of criminality, far too many Haitian children were already out of school and far too many children are now at risk of dropping out due to the fact that schools are dangerous," Gogh said.

Rising threats have kept many out of schools in the new academic session, making them more vulnerable to gang recruitment, Jean Gough stressed.  Additionally, the incidents of violence have also forced school directors to relocate educational institutions to areas out of gang control.

Gang violence in and around Port-au-Prince has already forced over 19,000 people to flee their homes and thousands of children to interrupt their education, UNICEF said in its report. "During the 2019-2020 school year, about 60% of all Haitian schools were closed for 60 days during country lockdowns," it added. As per UNICEF estimates, more than 230,000 children are at risk of dropping out of school in the Great Southern departments of Haiti affected by the 14 August earthquake.