Amidst escalating violence, the UN Mission in South Sudan (UNMISS) called for peaceful resolution of the division which has developed between Sudan's parties. 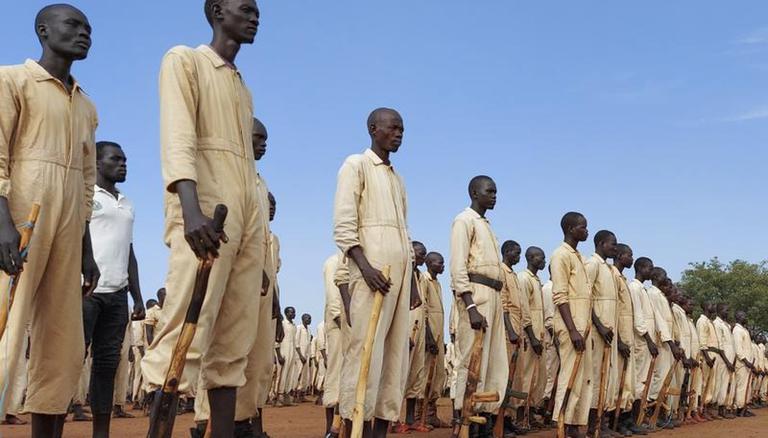 
Amidst escalating violence, the UN Mission in South Sudan (UNMISS) has called for peaceful resolution of the division which has developed between Sudan People’s Liberation Movement/Army-In-Opposition (SPLM/A-IO). On Thursday, Nicholas Haysom, Special Representative of the Secretary-General called on the warring parties to reconcile, overcome their differences and together work towards implementing transitional security agreements.

“UNMISS is committed to supporting the full implementation of the Revitalized Peace Agreement and it is important that this process continues to move forward at pace,” said the Special Representative of the Secretary-General, Mr. Nicholas Haysom. “Therefore, we join with the Intergovernmental Authority on Development (IGAD) Council of Ministers, the Presidency, and civil society groups in calling for the SPLM-IO factions, and indeed, all signatory parties to work together to overcome their differences peacefully," he added.

"We join with the Intergovernmental Authority on Development Council of Ministers, the Presidency & civil society in calling for SPLM-IO factions to overcome differences peacefully” - Nicholas Haysom, SRSG/Head of #UNMISS
Read the full press release: https://t.co/R8cpMUprGl pic.twitter.com/A8LlpkZE1E

Since its foundation in 2011, South Sudan has been battered by a gruesome civil war. The crisis in the East African country commenced after a fallout between Salva Kiir Mayardit, leader of  Sudan People’s Liberation Movement and Riek Machar, who broke out from the political party and in 2013, formed his own- The Sudan People's Liberation Movement-in-Opposition (SPLM-IO). Last week, a clash between them resulted in the deaths of 34 soldiers at the Magenis area of Upper Nile state.

Deputy President Machar accused Kiir of 'dictatorial' behaviour after he was fired by Kiir in 2013, which pushed the country into Civil War. Rival army units- Kiir's Dinka group and Machar's Nuer group engaged in war at Juba. Both the entities agreed to Peace in 2015. However, Kiir accused Machar of an attempt to murder and sent him to exile in 2016.

In 2018, Kiir and Machar met to sign a peace accord after the war killed over 4 lakh people in the country. In March 2020, Machar was reinstated in the South Sudanese government. Since then the country has been focused on the implementation of the peace accord and elimination of armed conflict. South Sudan has just begun to draft its Constitution on May 25.