The viral video game is known as 'Untitled goose game'. It is currently available for Nintendo and Personal Computers, and has triggered memes in abundance

Video games based on animals are hardly new but the craze around a new one certainly is. The game in question is known as 'Untitled goose game' and has become wildly popular on the Internet - it is currently available for Nintendo and Personal Computers. What's more surprising is that the game's developers never thought that it would be such a big hit, prior to its release on September 19. Netizens meanwhile have had hilarious reactions to the game and are expressing themselves with memes and comments.

The viral game is about a goose that ventures around a small town to find villagers to disturb and honk at. The goose is the player and does things like stealing a pair of glasses or untying someone's shoelaces or sneaking into a restaurant. The game was first released by developer House House on September 19.

It's a lovely morning in the village and you are a horrible goose.

The developer of the game, Nico Disseldorp, remarked in the origin of the idea as being along the lines of 'what would a goose do if inserted into an orderly world full of people'.

Even as the game went viral, people who have played it are sharing hilarious reactions with memes and comments. One meme has gone viral with a small gif of the game with 7,582 Retweets17,821 Likes.

One user commented with an image which said that "The Goose is healthy and has been released." Another user said with an image" soon." 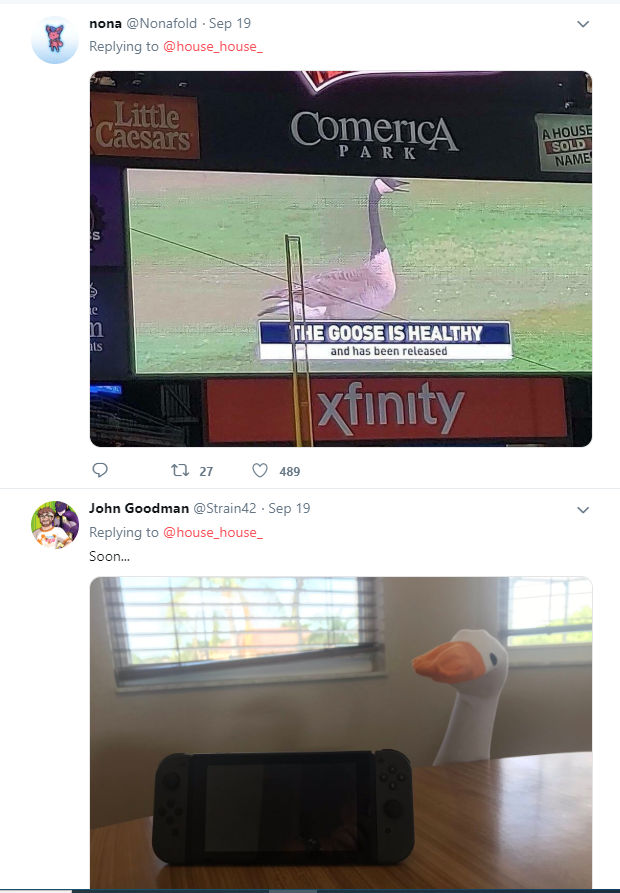