As per the statement by the Japanese Joint Staff, the drills were initiated in the aftermath of the launch of North Korea's ICBM-class Ballistic Missile. 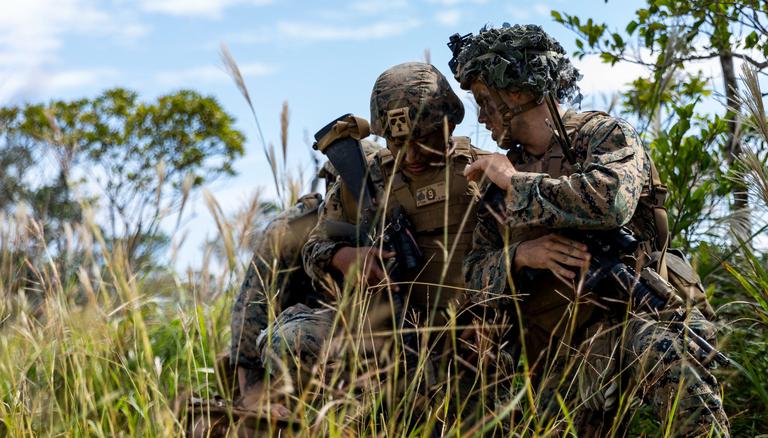 
The United States and Japan have conducted joint military drills northwest of Kyushu Island. The drill included the deployment of fighter jets and strategic bombers and comes after the recent spate of missile test launches by North Korea. Japan's Joint Staff confirmed on Saturday, "Japan Self-Defense Forces and US Armed Forces conducted a bilateral exercise on Friday, Nov 19," citing "an increasingly severe security environment" in the region surrounding Japan.

As per the statement by the Japanese Joint Staff, the drills were initiated in the aftermath of the launch of North Korea's ICBM-class Ballistic Missile "that landed within the Japanese Exclusive Economic Zone in the Sea of Japan".

However, the practice of joint drills between the United States and Japan in the region is not new. The two nations have regularly initiated such drills in a show of power amid missile test launches by Pyongyang. Meanwhile, North Korea continues to condemn such drills labelling them 'provocative' in nature towards the nation and considers them as rehearsals for a US-led invasion of North Korea.

The latest drills between the US and Japan came following the launch of the Hwasong-17 intercontinental ballistic missile (ICBM) by the North. Reportedly, the missile is capable of reaching the US mainland. According to the South Korean military, the missile flew about 1,000 kilometres reaching an altitude of 6,100 kilometres while travelling at a maximum speed of Mach 22 (22 times faster than the speed of sound).

Japanese officials have claimed the missile fell about 200 kilometres west of Hokkaido's Oshima Island, which lies within Japan's exclusive economic zone. The new launch came subsequently a day after Pyongyang fired another short-range ballistic missile toward the Sea of Japan while warning the US and its allies of a proportional response against Washington's bolstering of extended deterrence, reported Sputnik.