The US and France, on Friday, announced their willingness to bolster bilateral cooperation on space issues, according to a joint statement. 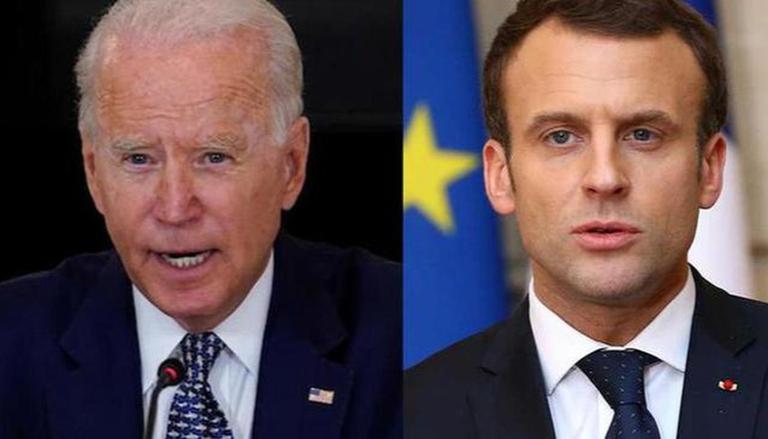 
The United States and France, on Friday, announced their willingness to bolster bilateral cooperation on space issues. In a joint statement, the western powers said that they intended to “intensify cooperation” on space and related issues. While the statement stopped short of spilling the details of the possible agreement, it disclosed that the deal would be discussed during US Vice President Kamala Harris’ visit to Paris which is scheduled for next month.

Notably, the declaration came as US President Joe Biden met his French counterpart Emmanuel Macron on the sidelines of the G20 summit in Rome, Italy. In addendum to cooperating on space issues, both the presidents agreed on bolstering bilateral ties and collaborating on a wide range of issues including counter-terrorism particularly in Sahel, pandemic recovery, ensuring security in the Indo-Pacific region, enhancing their defence bases in Europe.

“They (Biden and Macron) reiterate a shared commitment to adapt and modernize our transatlantic alliance and partnership in light of global trends and in line with the depth of our bonds, common values, and shared interests. They resolve to ensure that democracy delivers for their citizens, to uphold the rule of law and good governance, to defend the human rights and dignity of all individuals, and to counter injustice and inequality,” according to the statement released by the White House.

Furthermore, Macron promised to keep Washington “closely informed” of its priorities as it assumes the presidency of the European Union next year. Additionally, both the presidents together pledged to bolster global resistance against future pandemics, enhance economic recovery, and address the climate crisis inter alia. “The Presidents welcome plans to launch a “US-France Bilateral Clean Energy Partnership” by the end of the year. We will pursue a sustainable global economic recovery, based on a fair, inclusive, and rules-based global economy,” according to the statement.

During the meeting, both Biden and Macron pledged to pressure ISIS networks globally and counter other violent extremist groups as well as Iranian clandestine nuclear programs. As per the statement, “(Biden and Macron) intend to strengthen coordination and cooperation bilaterally and with Coalition partners to maintain pressure on ISIS networks globally, including the continuation of relevant military efforts in Iraq and Syria to ensure the enduring defeat of ISIS. The Presidents understand the importance of reducing the ability of violent extremist groups or any country to threaten our citizens and our allies”.

WE RECOMMEND
US: Massive spending bill likely to result into 'largest effort to combat climate change'
Joe Biden, US' 2nd Catholic Prez meets with Pope Francis in Rome at start of Europe tour
US slaps fresh sanctions on Iran, alleges supplying lethal drones to insurgency groups
Joe Biden admits US was 'clumsy' in orchestrating AUKUS in meet with Macron
US Senators urge Joe Biden not to impose CAATSA on India; call for stronger bilateral ties