"My plea is to put politics aside. Get it done", Biden said ahead of the vote. He continued that the legislation will hand US the ability to compete with China. 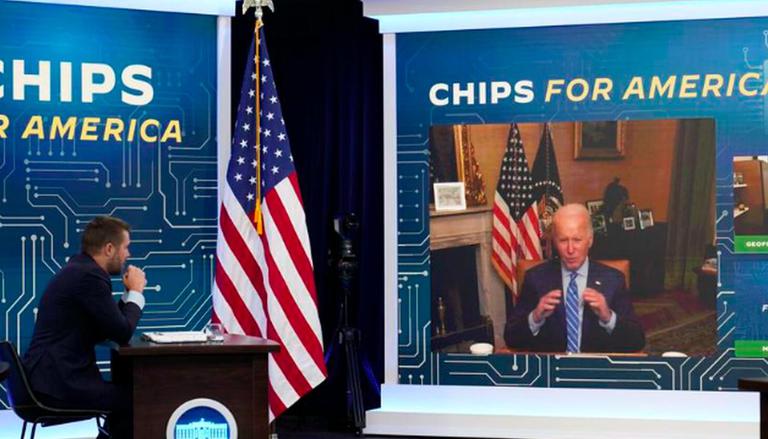 
The United States on Monday passed a bill to boost electronic chip production in the country that is intended to compete with China's high-tech landscape and protect national security as the production would bar imports from Chinese firms. It invited ally South Korea among other nations to join the framework.

The US Congress passed a $280 billion package that would boost the semiconductor industry, as well as create more high-tech jobs in the country. However, experts have said that the execution of the framework might be slightly challenging as Washington is witnessing mounting debts and an industrial slump.

Bill gives US ability to compete with China

The US-led Chip 4 is a strategic alliance of four global chip powerhouses and includes South Korea, Japan and Taiwan. The partnership is being viewed by Beijing as a competitive step aimed at ousting it from semiconductor value chains. At a press conference, South Korea's Foreign Minister Park Jin clarified that the Chip 4 coalition with the US was not aimed at competition with certain nations but it would be a “consultative body” that will make sure that there's cooperation to establish a stable supply chain. The alliance will set up factories in the US and the new bipartisan legislation will boost the competitiveness with China as it would need the allocation of billions of dollars to set up domestic semiconductor factories.

"My plea is put politics aside. Get it done," Biden said ahead of the vote. He continued that the legislation will hand the US an ability to compete with China and lead the world economy in the 21st century.

The Chip 4 bill, passed with 243-187, has now been sent from the White House to President Joe Biden to be signed into law. Twenty-four Republicans and all the Democrats voted for the legislation. “The bill is exactly what we need to be doing to grow our economy right now,” Biden said in a statement. “I look forward to signing this bill into law.”

The lawmakers have rushed to pass the legislation ahead of the August recess. House Speaker Nancy Pelosi, D-Calif., said that the new bill is “a major victory for American families and the American economy.”