The F-35C, a single-engine fighter jet in the US Navy fleet crashed into the South China Sea as it was trying to land on the aircraft carrier USS Carl Vinson 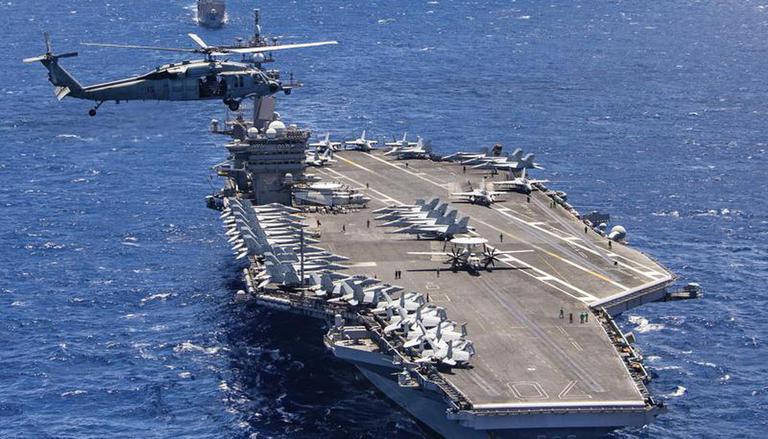 
The F-35C, a single-engine fighter jet in the US Navy fleet crashed into the South China Sea as it was trying to land on the aircraft carrier USS Carl Vinson during routine operations on Monday. As per the reports of CNN, the US Navy is attempting to recover the fighter plane from the depths of the South China Sea. Navy sources stated that the warplane collided with the 100,000-ton aircraft carrier's flight deck before plummeting into the sea as its pilot ejected. Six sailors and the pilot aboard were hurt.

Now, the Navy has the enormous challenge of attempting to find the F-35 off the ocean floor in some of the world's most contested regions. A spokesman for the US 7th Fleet, Lt. Nicholas Lingo stated on Wednesday that the US Navy is making recovery operations plans for the F-35C aircraft involved in the mishap aboard USS Carl Vinson, according to CNN.

Beijing claims practically all of the 3.3 million square kilometre waterway as its property and has boosted its claims by building up and militarising reefs and islands there. Chinese naval and coast guard vessels are constantly present in the South China Sea. The US opposes China's territorial claims and uses deployments to make its case for a free and open Indo-Pacific.

READ | US open to engage in talks with North Korea on denuclearisation: Ned Price

There has been no official Chinese reaction to the incident. Analysts believe China will be interested in the missing F-35. However, China has not commented on the situation as of yet, according to CNN. Carl Schuster, former director of operations at the US Pacific Command's Joint Intelligence Center in Hawaii stated that China will attempt to identify and thoroughly survey it using submarines and one of its deep-diving submersibles. He also claimed that China may seek salvage rights based on its territorial claims in the South China Sea. He also said that the transit period for US salvage vessels to the site is 10 to 15 days, and recovery might take up to 120 days once there.

In the meanwhile, last November, a British F-35B crashed into the Mediterranean Sea after taking off from the deck of the aircraft carrier HMS Queen Elizabeth, according to CNN. The British Defense Ministry revealed to news outlets after nearly two months in early January that it had been found in December.