Apart from the Chinese firms, individuals and drug trafficking organisations located in Brazil, Colombia and Mexico, are also targeted by the sanctions. 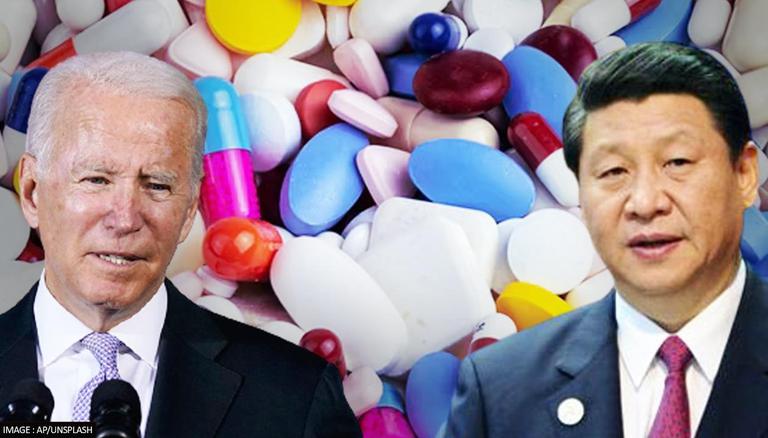 
In an effort to tackle the illegal drug trade, the United States has sanctioned four Chinese painkiller manufacturers. In a statement on Wednesday, the United States Department of the Treasury said it has imposed sanctions on four Chinese chemical firms such as Wuhan Yuancheng Gongchuang Technology, Shanghai Fast-Fine Chemicals, Hebei Huanhao Biotechnology, and Hebei Atun Trading,  and one individual, Chuen Fat Yip, whom it described as one of the largest producer of anabolic steroids in the world. In addition to Chinese firms, the new measures also target drug trafficking organisations (DTOs) located in Brazil, Colombia and Mexico.

The US Treasury Department stated in the statement that the Office of Foreign Assets Control (OFAC) has marked 25 entities (10 people and 15 organisations) in China, Brazil, Colombia and Mexico "for having engaged in, or attempted to engage in, activities or transactions that have materially contributed to, or pose a significant risk of materially contributing to, the international proliferation of illicit drugs or their means of production". It is to mention that US has vowed to step up action to curb the addiction epidemic that calimed lives of 100,000 Americans last year.

Individuals and organisations who smuggle fentanyl and its parent chemicals, methamphetamine, cocaine, as well as heroin, and those that represent the greatest narcotics threat to America, have been banned. Further, the Treasury Department's Under Secretary for Terrorism and Financial Intelligence, Brian Nelson stated that the illegal drug trade endangers the national security, business, neighbourhoods, as well as families in the US.

According to the Treasury Department, Chuen and his firm, Wuhan Yuancheng Gongchuang Technology, smuggle fentanyl, anabolic steroids, as well as other synthetic drugs into the United States. Apart from trafficking illegal drugs, the firm sells compounds and chemical components utilised in narcotics manufacture to the general public.

Furthermore, the Treasury Department informed that the other three companies are suspected of smuggling chemical or pharmaceutical ingredients used in the unlawful manufacture of fentanyl to nations across the world which also include Mexico, where the drugs are produced for sale in the US. These  sanctions came on the heels of two executive orders which were announced by President Joe Biden on Wednesday. These orders establish a US Council on Transnational Organised Crime and expand the Biden administration's capacity to target drug trafficking organisations through sanctions, the White House said in a fact sheet.

WE RECOMMEND
US says mission in Afghanistan failed as Pakistan offered 'safe haven' to Taliban
US: Antony Blinken warns China to stop 'aggressive actions' in Indo-Pacific region
China warns 'Day of Reckoning' for US troops absolved of war crimes 'in many countries'
US judge dismisses Donald Trump's bid to withhold his tax returns from Congress
China targeted Taipei's diplomatic allies after excluded from US' Democracy summit: Taiwan