Svyatlana Tsikhanouskaya said she asked the US for "active and non-symbolic" steps to be taken in response to the government's crackdown on Belarus dissidents. 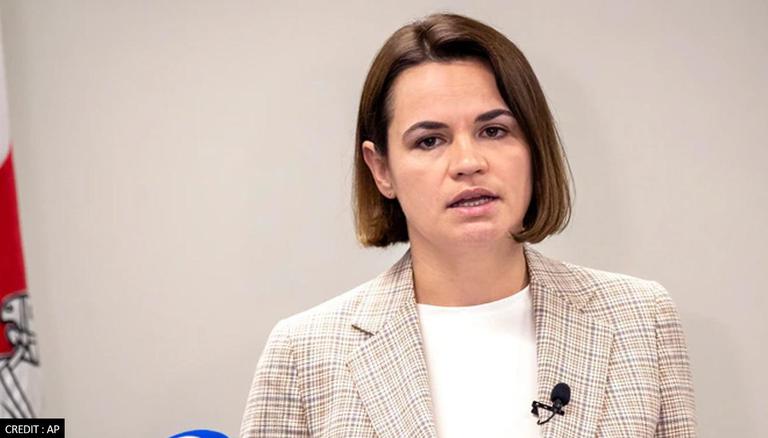 
Belarus' ailing opposition leader has reportedly sought and received US help for raising pressure on the country's autocratic leader. In conversations with senior US officials on Tuesday, July 20, Svyatlana Tsikhanouskaya said she asked the Biden administration for "active and non-symbolic" steps to be taken in response to the government's crackdown on Belarus dissidents.

Jake Sullivan, White House national security adviser, responded by promising that the government would be held responsible for its actions in quelling the massive rallies against the disputed elections last year, along with further sanctions against the former Soviet republic.

"We will discuss possible international efforts to isolate the regime politically and economically, to make it toxic and costly, including for Russia," Tsikhanouskaya told reporters. "We know, and we understand, that only Belarusians themselves can bring about democratic changes, but we hope for American active and non-symbolic participation."

US President Biden condemns detention of media and civic leaders

Tsikhanouskaya was Lukashenko's biggest opponent in the August 2020 election, but she was forced to flee the country after the opposition and the West accused the polls of being falsified. During her visit to Washington, she met with senior government officials and legislators. While she was there, Belarusian authorities began cracking down on critics of Lukashenko. President Joe Biden and others have condemned the raids and arrests of dozens of independent media sites and journalists, as well as civic leaders and human rights organisations.

"President Biden says that the world is struggling between autocracy and democracy, so the front line of the struggle is in Belarus at the moment," Tsikhanouskaya stated. "As a champion of democracy, the USA can get help get things done." Her message, delivered on Monday to Antony Blinken and on Tuesday to Sullivan, received a positive response.

"Mr Sullivan conveyed American support for the people of Belarus and respect for the courage and determination of the opposition, including Mrs Tsikhanouskaya, in the struggle for democracy and human rights," as mentioned in a statement issued by the White House. "The United States, together with partners and allies, will continue to hold the Lukashenko regime accountable for its actions, including through the imposition of sanctions."

Months of unrest erupted in Belarus following Lukashenko's re-election to a sixth term in August 2020, a vote criticised by the opposition and the West as rigged. Belarusian authorities retaliated against opposition demonstrations with a huge crackdown, which included thousands of demonstrators being beaten by the police and over 35,000 people being arrested. Leading opposition politicians have been imprisoned or expelled from the nation, while independent media organisations have had their offices raided and journalists detained.

Belarus has been sanctioned by the West in response to the crackdown. In May, the European Union and the United States tightened travel restrictions after Belarus diverted a passenger plane to Minsk to arrest a dissident journalist. As per the Lithuanian government, Belarusian officials have orchestrated a flood of migrants from the Middle East and Africa.