To discuss the ongoing tussle and deteriorating situation of Afghanistan, top diplomats from the United States would meet with the Taliban leaders in Doha. 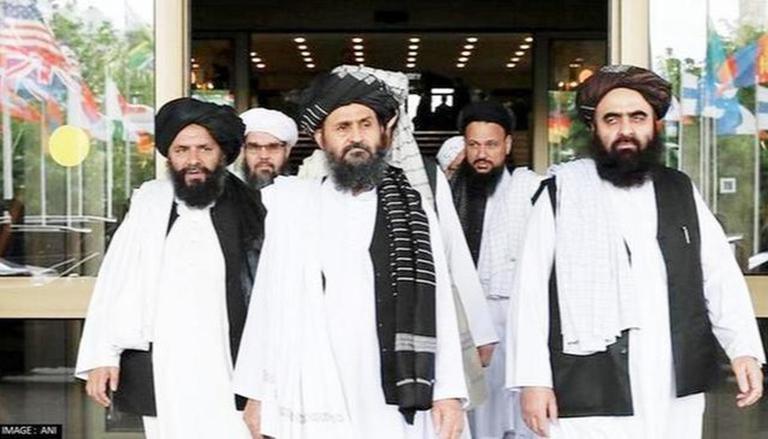 
In order to discuss the ongoing tussle and deteriorating situation of Afghanistan, top diplomats from the United States would meet with the Taliban leaders in Doha next week, ANI reported citing local media reports. "They'll discuss ... our vital national interests when it comes to Afghanistan," said State Department spokesperson Ned Price, reported Tolo News. According to the media reports, the US Special Representative for Afghanistan, Tom West would discuss the counter-terrorism, humanitarian crisis and other major issues in Afghanistan.

"That includes counterterrorism, that includes a safe passage for US citizens and for Afghans to whom we have a special commitment and that includes humanitarian assistance and the economic situation of the country," added Price.

Notably, West started his visit to Europe and Asia as the US special envoy for Afghanistan on November 8. Since then, he visited Brussels and consulted with EU and US allies on Afghanistan. It is worth mentioning his role as special representative was appreciated when he meet Taliban leaders with a delegation of top US officials in October this year. Notably, the meeting was the first such meeting of US representatives with the extremist group members after the United States' chaotic end to its two-decade-long war in Afghanistan on August 31.

Muttaqi to hold talks with foreign envoys in Doha

Earlier this month, Tom also escorted a conference of the extended Troika, comprising Pakistan, China, Russia and the United States to discuss the core issues of Afghanistan. The group had also met with senior Taliban representatives, reported Tolo News.
"An Islamic Emirate delegation led by acting foreign minister Amir Khan Muttaqi will hold talks with the US and EU delegations in Doha from November 27 to 29 on the release of bank assets, humanitarian aid, education, public health and the reopening and security of embassies in Kabul," reported TOLO News citing Foreign Ministry. Notably, this would not be the first time when the Taliban leaders would be meeting with the world leaders. Since the departure of the US from the war-torn country, several countries including India, Russia and Pakistan hosted meetings with the "all-men government".

WE RECOMMEND
China urges US to stop 'military interference' in Asia-Pacific after submarine collision
US adds more firms based in China, Pakistan & Russia to 'Entity List'; See details
'If Iran doesn't cooperate..': US threatens escalation with Tehran at IAEA next month
US lawmakers visit Taiwan to discuss security measures, say ‘here to reaffirm commitment'
US: CIA warns Russia of 'consequences' if found responsible for Havana Syndrome: Reports