The US warned that Iran risked dependency on Russia after welcoming Kremlin leader Putin on his first foreign trip since the beginning of the Moscow-Kyiv war. 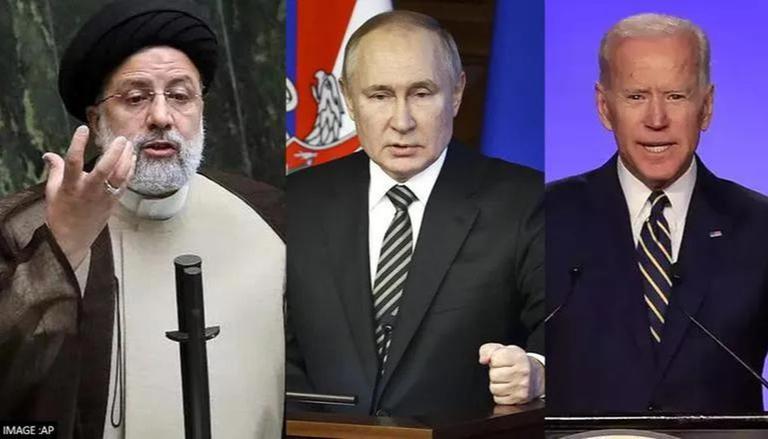 
The United States warned that Iran risked dependency on Russia after welcoming President Vladimir Putin on his first foreign trip since the beginning of the Russia-Ukraine war. While Central Intelligence Agency (CIA) chief William Burns addressed tensions between Tehran and Moscow, US State Department spokesman Ned Price warned that “Iran has now cast its lot with a small number of countries who wore that veil of neutrality only to end up supporting President Putin in his war against Ukraine and the Ukrainian people”.

Russian President Vladimir Putin on Tuesday visited Iran for a three-way summit with his Iranian and Turkish counterparts over the situation in Syria. On the sidelines of the summit between Putin, Ebrahim Raisi and Recep Tayyip Erdogan, the Russian President also met with Iran’s Supreme Leader Ayatollah Ali Khamenei and called for “long-term cooperation” with Moscow.

It is to mention here that Iran, initially,  appeared to showcase neutrality amid the Russia-Ukraine war by abstaining from a key UN vote on condemning Moscow’s invasion of Ukraine.

Meanwhile, the CIA chief downplayed the relevance of Putin’s recent visit to Iran, which was also the first time the Russian President left the country since the war began.

"I think beneath the images that we all saw, the reality is that Russians and Iranians need each other right now," Burns said. "Both federally sanctioned countries, both looking to break out of political isolation as well — but if they need each other, they don't really trust each other, in the sense that they're energy rivals and historical competitors," he added.  With regards to cooperation between Russia and Iran in the Moscow-Kyiv war, Burns said, “There are limits, I think, to the ways in which they're going to be able to help one another right now”.

If Russian President Vladimir Putin had not “taken the initiative” in Ukraine, the NATO alliance would have launched a war with Russia over Crimea, said Iranian Supreme Leader Ayatollah Ali Khamenei on Tuesday. While speaking alongside Putin, who is visiting Iran, Khamenei declared that “as regards Ukraine, if you did not take the initiative, the other side would have initiated the war.”

Iranian Supreme Leader went on to label the West as “completely opposed to a strong and independent Russia” and NATO as “a dangerous entity that sees no boundaries in its expansionist policy”. He said that “had they [NATO, US] not been stopped in Ukraine, they would have launched the same war sometime later under the pretext of the Crimea issue.”

Crimea was annexed by Russia in 2014, which was Ukraine’s part. Even in the present so-called “special” military operation launched by Moscow in Ukraine, Putin’s forces are appearing to target the pro-Russian separatist regions in eastern Ukraine. NATO has considered Crimea to be “illegally annexed” Ukrainian territory. It is to note that the US-led defence alliance has not threatened Russia with open war and it has called on Moscow to return the region to Ukraine.