'Vax' Becomes Oxford English Dictionary's Word Of The Year 2021, Dates Back To 1980s

On Sunday, Oxford declared ‘Vax’ as its Word of the Year for 2021, saying the term has "injected itself into the bloodstream of the English language in 2021.” 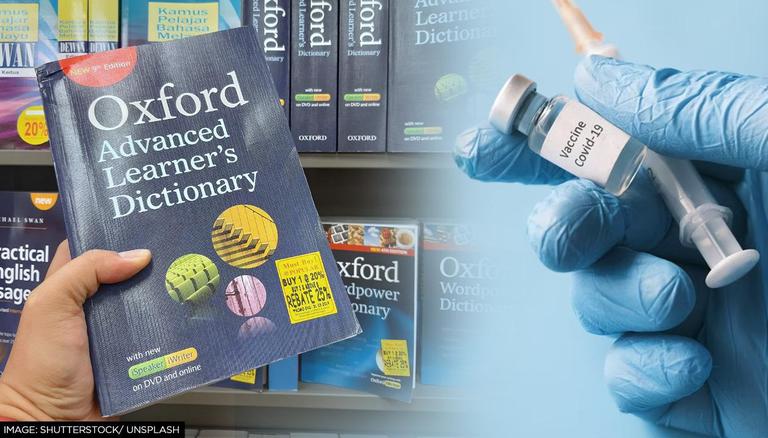 
On Sunday, Oxford declared ‘Vax’ as its Word of the Year for 2021, saying the term has "injected itself into the bloodstream of the English language in 2021.” In the recent language report published earlier yesterday, Oxford English Dictionary (OED) team stated that the lexicographers' choice of the word for 2021, an abbreviated version of vaccinated and vaccine, reflects the pandemic’s widespread inoculation campaign organized by the countries to combat the respiratory illness. The usage of the word surged over 72 times since the past year, and this included terms like double-vaxxed, unvaxxed and anti-vaxxer relating to COVID-19 vaccine hesitancy.

Learn more about why this word was chosen: https://t.co/hFIOOhJ6G6#WOTY2021 pic.twitter.com/QBXJsT6vgv

"It goes back at least to the 1980s, but according to our corpus it was rarely used until this year," the OED's senior editor Fiona McPherson said in the language report. "When you add to that its versatility in forming other words – vaxxie, vax-a-thon, vaxinista – it became clear that vax was the standout in the crowd,” Fiona McPherson, senior editor at OED added.

OED blog traced the word back to 1812. The blog stated, "On the other hand, the origins of anti-vax trace all the way back to the father of vaccination himself, Edward Jenner, who in 1812 wrote to a friend to complain that ‘the Anti-Vacks are assailing me with all the force they can muster in the newspapers’ (anti-vacks here being the plural of anti-vack, an earlier form of the more familiar anti-vax)."

Although the word dates back to the 1990s, VAX was a relatively rare word in the Oxford Monitor Corpus of English until this year, when it shot up in frequency: by September it was over 72 times more frequent than at the same time last year.https://t.co/J7Pg1ttI6K pic.twitter.com/b7fLgkpbsz

Language relating to jabs and vaccination permeated all over in 2021: Oxford

According to Oxford, whether an individual in 2021 was vaxxed, double-vaxxed, or unvaxxed, the language relating to jabs and vaccination permeated all over people’s lives. In a short period of time, the word became a critical part of our everyday communication, and the Oxford Languages’ monitor corpus of English tracked a worldwide surge in vaccine-related vocabulary. The word vax, which Oxford describes a colloquialism meaning of vaccine or vaccination has registered a particularly precipitous increase in frequency as the world battled the Coronavirus pandemic.

Although, the term vaccines itself has been embedded in the English language for over centuries since the end of the 1790s. This was when the term was officially coined and was followed soon after by words relating to opposition to vaccination, such as anti-vaccinist. “The tumultuous upheaval of Covid and the promise and delivery of vaccinations have spurred rapid social and technological development, typical catalysts for language change,” Oxford stated. The word vaccine itself, which is already very common in use, more than doubled in frequency between September 2020 and September 2021.