India is an incredibly important player on the world stage and London wants to see it play the full and active part in the global arena in line with its size, economic heft and influence, UK Foreign secretary James Cleverly has said. 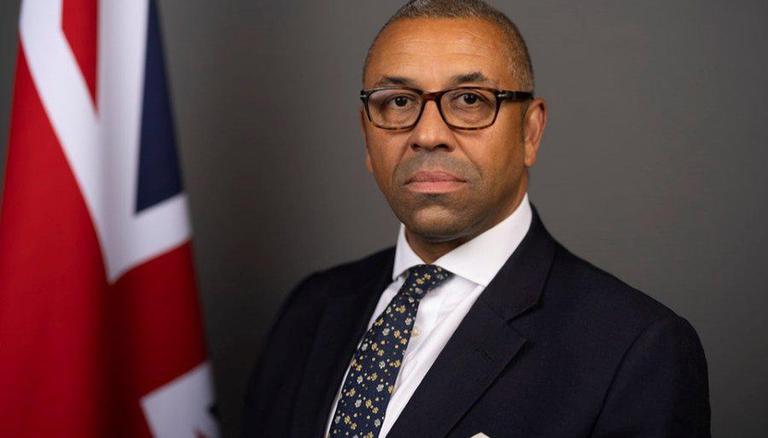 
India is an incredibly important player on the world stage and London wants to see it play the full and active part in the global arena in line with its size, economic heft and influence, UK Foreign secretary James Cleverly has said.

Reiterating support for India's permanent membership in the UN Security Council, he underlined that long-standing institutions like the United Nations need to evolve to ensure its future is as influential as its past.

"The United Nations, like all long-standing and important institutions, needs to evolve to make sure that its future is as influential as its recent past. India is an incredibly important player on the global stage in so many ways," Cleverly told PTI in an exclusive interview here on Wednesday on the margins of the high-level UN General Assembly session.

"I think it's right and proper that the Security Council reflects the world as it is at the moment and not just the world as it was when the United Nations was first brought into being.

"So of course, we do want to see India play the full and active part on the world stage that its size, economic heft and influence dictate. We will continue to support that kind of evolutionary reform of the United Nations and for India to play an increasingly active role within that," said Cleverly, the Secretary of State for Foreign, Commonwealth and Development Affairs of the United Kingdom under the new administration of Prime Minister Liz Truss.

In response to a question, he said the Indo-Pacific has been an explicit area of focus in the UK's most recent strategic, security and development plan, the country's integrated review published last year.

"It will inevitably be a continued and increasing focus for us and the world. We're not the only country to recognize this kind of rebalancing of global power." On counterterrorism, Cleverly said when the United Nations was created, state-on-state conflict was the primary area of concern for world leaders. "Of course, what we're seeing now, the terrible situation in Ukraine notwithstanding is that the risks of state-on-state violence, while still there have perhaps reduced and that is welcome." "But the increasing threat is from terrorism which manifests itself both in terms of physical violence and increasingly now in the digital space," he said, adding the international community needs to respond to that.

"We need to continue working together to pursue peace. Whilst that is the foundation stone upon which the United Nations is built as an institution, it is as important now as it has ever been. We live in a difficult and dangerous and turbulent world. We all have a joint incentive to try and address those issues and the modern manifestations of the issues and that's what we want to hear at the UN as well," Cleverly.

That is what the UK will continue doing in its strong partnership and relationship with India and this is an issue, the UK foreign secretary said, adding he looked forward to speaking with his Indian counterpart External Affairs Minister S Jaishankar during their bilateral meeting in New York.

India is currently a non-permanent member of the 15-nation Security Council and New Delhi's two-year tenure on the horseshoe high table will end in December this year when India will preside over the powerful UN organ.

Jaishankar, while addressing students and faculty at Columbia University here, was asked how long it will take for India to become a permanent member of the Security Council.

"I was serious when I said I'm working on it," he said during a conversation with Columbia University Professor and Former Vice Chairman of NITI Aayog Arvind Panagariya at the Raj Centre at Columbia University's School of International and Public Affairs.

"It's obviously a very hard task because at the end of the day if you say what is a definition of our global order. The five permanent members are a very crucial definition of what the global order is about. So it's a very fundamental, very deep transformation that we are seeking.

"We believe that transformation is overdue because the UN is a product that was devised 80 years ago. And 80 years ago by any standards of human creativity is a long time ago. The number of independent countries has quadrupled in that period," Jaishankar said, adding that there are big parts of the world which are left out.

Citing an assessment by Panagariya, Jaishankar said within a few years, India will be the third largest economy in the world and the most populous society.

"To have such a country not there in the key global councils is not good for us. But I would also urge it's not good for the global Council in question." "I do believe that with each passing year, I sense in the world greater and greater support for India to be there because we do command today the confidence and trust of very large parts of the world. I do not want to compare it with the current P5. But I would at least say a lot of countries perhaps think that we speak for them with a high degree of empathy and accuracy," Jaishankar had said.