Mikhail Gorbachev who played a key role in ending the Cold War, that too without any bloodshed, passed away on Tuesday at the age of 91. 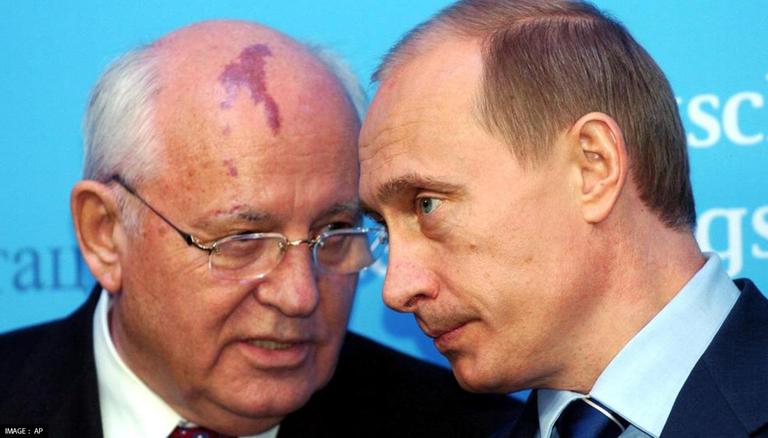 
Former Soviet leader, Mikhail Gorbachev who played a key role in ending the Cold War, that too without any bloodshed, passed away on Tuesday at the age of 91. Notably, the leader who was blamed and criticized for the 1991 implosion of the Soviet Union and its diminution as a 'superpower', Gorbachev's downfall in the country had also led to the rise of Vladimir Putin as a leader in power.

Extending condolences on his demise, the Russian President will send a telegram to the family and friends of the former Soviet leader on Wednesday.

On a contradictory note, it can be said that Mikhail Gorbachev while on the one hand supported some of the decisions by Putin had also openly criticized his government's policies and further also went to the extent of calling him an "obstacle to progress."

Mikhail Gorbachev: A critic of Putin?

Known for voicing his criticism of Vladimir Putin, Mikhail Gorbachev in a conversation with Time in 2016 raised objections to the policies brought in by the Russian President. While calling him an "obstacle to progress", Gorbachev had said,

READ | US 'has concerns' over countries 'exercising with Russia' amid war in Ukraine: White House

"I have criticized Putin for bumptiousness. I respect him as a political leader and a person, but I believe his current policies are an obstacle to progress."

Apart from this, the last Soviet Union leader while once speaking to BBC had also criticised Putin's long reign in power further adding that "there are some people for whom the idea of freedom is annoying".

Prior to this, in another interview with the Associated Press in 2009, in one of his strongest criticism of his successors, Gorbachev had likened Putin's party to the worst of the communists he had once helped bring down. He also noted that "Russia is a country where the Parliament and the judiciary are not fully free."

Gorbachev had also remained critical of Russia's war against Ukraine following he had also warned about its consequences stating that Putin had endangered Russia's democracy.

On contrary despite opposing Putin on several notes, he had also supported Russia's annexation of Crimea further calling it a "correction of Soviet-era mistake."