Explainer: What's Happening In Japan, Why There's A Change In Leadership Again?

“Running in the race and handling Coronavirus countermeasures would have required an enormous amount of energy,” Suga said announcing his exit at a presser 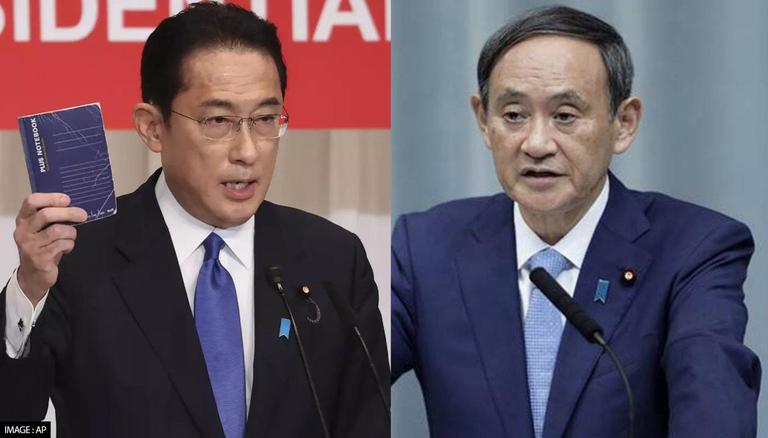 
Japan’s former foreign minister Fumio Kishida on Wednesday, September 29 held a landslide victory in the ruling Liberal Democratic party’s presidential election in a runoff against Japan’s woman contender for the country’s first female Premier, the vaccination minister Taro Kono. With 257-170 runoff votes, Kishida secured the majority in both chambers of parliament and support from the LDP-led coalition, which has paved his way to becoming Japan’s new Prime Minister in the general election scheduled for late November.

As the major party faction entrusted Kishida to replace the former Japanese leader Suga, the former now faces a grave challenge of rescuing his country out of the COVID-19 pandemic crisis and barrelling the economy on the road to recovery. This would rather be a tough task that Japan’s former defence and the foreign minister would be expected to accomplish as it toppled the ex-Premier Suga out of power, sinking his approval ratings to an all-time and pushing his LDP party to view him as a ‘political liability’. Suga had hoped the Olympics games would help boost his popularity but instead his approval ratings plunged to the lowest ever, below 30% in July and August, as per the local press' polls.

Suga’s troubled stint as Japan’s premier was short-lived as harsh public criticism of his COVID-19 policies grew, and citizens demanded that he steps down. He agreed that he would not stand for re-election for his Liberal Democratic Party, leaving a window of opportunity for his former top rival Fumio Kishida to run for Prime Minister as the frontrunner wide open.

“Running in the race and handling Coronavirus countermeasures would have required an enormous amount of energy,” Suga said announcing his exit at a presser.

Meanwhile, a Japanese former minister for gender equality, Seiko Noda, and hardline nationalist and ally of Former Japanese Prime Minister Shinzo Abe, Sanae Takaichi, also ran for leadership bid in the ruling Liberal Democratic Party (LDP), but on Wednesday, Sept. 29 failed to garner a majority. Their fate, anyhow, dangled by a thin thread as they vouched for support from Suga’s all-male ruling party to become the first female leader of Japan, contesting in elections as the first female in approximately 13 years.

Suga’s popularity had increasingly plummeted over the past few months over his handling of the Coronavirus pandemic. His government, the ruling Liberal Democrat Party (LDP) was widely criticised for organizing the Tokyo Olympics that fuelled another outbreak of the COVID-19 pandemic driven by the hyper contagious delta variant. The 72-year-old leader Suga then announced that he will not seek re-election for the leader of the Liberal Democrat Party (LDP) scheduled for the end of September.

He had barely finished just one year after his predecessor and Japan’s longest-serving Prime Minister Shinzo Abe stepped down due to health issues. Instead of continuing as the head of the LDP, Suga will focus on the Coronavirus pandemic, his party announced in an official statement in August, saying that the leader wants to pave a way for someone new in the upcoming general election.