Who Are ISIS-K Terror Group That US Says Bombed Kabul? What's Its Nexus With Pakistan?

Founded in 2015, the Afghanistan sect of the Islamic State of Iraq and the Levant-Khorasan Province is a branch of ISIS and is active in South & Central Asia. 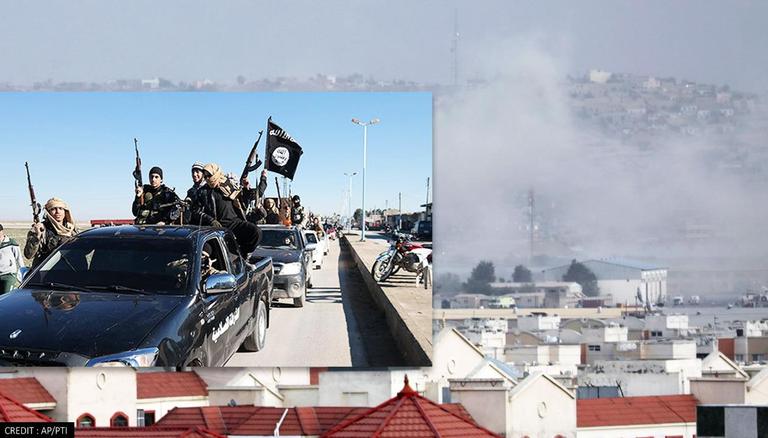 
Founded in 2015, the Afghanistan sect of the Islamic State of Iraq and the Levant- Khorasan (ISIS-K) is a branch of ISIS and is active in South Asia and Central Asia. The ISIS-K terror group takes its name from Khorasan province, an area that once encompassed wide swaths of Afghanistan, Pakistan, Iran and Central Asia. It is pertinent to note that the Afghan branch of the Islamic State counts both US forces and the Taliban as its foes.

"All of this for the sake of establishing the Shariah," ISIS-K had said in a video released by them in 2015.

Notably, the Taliban and the ISIS-K have been locked in bloody battles for a long time. The two hardline terror outfits are distinct in their ideologies. While ISIS-K belongs to the Salafist movement of Islam, the Taliban believes in the Deobandi Rule. Reports suggest that this is the most aggressive and extremely violent of the jihadist militant groups in the war-ravaged Afghanistan. They have been responsible for over 100 deadly attacks in five years of being active since their inception.

ISIS-K generally recruits from regions of Afghanistan and Pakistan jihadists, where defecting members of the umbrella organisation and the Afghan-Taliban do not deem their own organisation as extreme and radical enough. A Washington-based think tank, Center for Strategic & International Studies claim that in 2015, Pakistani National - Hafiz Saeed Khan - was elected to spearhead IS-K province as its first Emir. Khan was a veteran Tehrik-e-Taliban Pakistan (TTP) commander who brought along various prominent TTP members and pledged to strike allegiance to al-Baghdadi.

Estranged and fugitive militants of TTP and Lashkar-e-Islam fled Pakistan to evade legitimate security forces who had warrants. In fact, sturdy reports claim that by 2017, defected members of Lashkar-e-Taiba, Haqqani Network, Islamic Movement of Uzbekistan had struck linkages with ISIS-K.

Emir Hafiz Saeed Khan was killed in an unmanned airstrike led by the US in 2016, following which three known Emirs were subsequently killed too.

ISIS-K attacks over the years

In a bid to push and create disillusioned fighters, ISIS-K recruits jihadists from other groups to level up their tenacity in casting doubts on any ruling government's ability to protect and provide security to its population. Reports claim that one of the deadliest terrorist organisations has amassed enough capital to chalk out attacks through pan-Asia. Also, due to an influx of fighters from Syria Iraq and other conflict zones, there are about 8000 to 10,000 foreign fighters in Afghanistan who mostly target the Shia sect.

Sowing instability in areas of its influence and garnering disregard to faith in democracy, ISIS-K has executed 86 attacks in Afghanistan and 15 in Pakistan. Over 819 Afghans have been killed in attacks orchestrated by the terror outfit.

In 2016, insurgents of ISIS-K had entered a maternity ward at an Afghan hospital and opened fire. Over 16 mothers and mothers-to-be were reported dead. Also, in March 2020, two gunmen and suicide bombers of ISIS-K opened fire at Gurdwara Har Rai Sahib in Kabul. At the time, 200 Sikh worshippers were known to be on the premises, of which 25 persons were killed.

WE RECOMMEND
Visuals of US airstrike against ISIS-K accessed, Kabul attack 'planner' eliminated
WATCH: Horrific video right after Kabul Airport blast beams the devastation & chaos
Kabul airport blast: Flags of all NATO allies to be flown at half-mast after twin attacks
It is in Taliban's interest that ISIS-K doesn't 'metastasize' beyond what it is, warns Biden
US ropes in commercial airlines for Afghan evacuation as ISIS-K threat looms